Production 8 Things You Might Not Know About DJ Premier

When you think of Hip Hop producers, who's the first person that comes to mind? It could be Dr. Dre, or even Kanye West. But what about DJ Premier?

Always chilling in the background and quietly making beats day in and day out, Premo has been producing since the 1980's and is still going strong. He continues to work with underground, lesser-known artists, and also big-name artists as well. His style is so unique that no one else will dare try to emulate that sound because it's simply "that Premo sound".

What separates him from the rest is that he continues to produce the same style of beats after all these years, and he's still in high demand, so why change anything?

Here are 8 Things You Might Not Know About DJ Premier:

Christopher Edward Martin was born in Houston, Texas in 1966, and raised in Prairie View, Texas. It was only once he reached his teens did he move to Brooklyn, New York and became the DJ Premier we all know today.

What's interesting is that even though he was born in the south, in no way are his beats a reflection of that. Of course, this has to do with the fact that it was in his teens where he was most influenced by Rap music, with Marley Marl having a massive influence on how he made beats.

2. He Produced All of GangStarr's Songs (Almost)

DJ Premier was the main producer on all of GangStarr's albums, with Guru always lending a hand as co-producer. That's a big difference compared to today's artists that have a plethora of random producers on any given album.


Although Premo was the main producer, on their first album "No More Mr. Nice Guy", it was The 45 King that also produced a couple of tracks. "Gusto" and "Knowledge" were the two tracks that weren't done by Premier. But from the "Step in the Arena" album and on, it was all DJ Premier with the help of Guru.

3. He Produced for Christina Aguilera

He has also produced for many other artists, but in 2005, Christina Aguilera wanted Premier to produce a few songs for her "Back to Basics" LP. When news first broke, Hip Hop fans were not pleased, but once the songs were released, there were plenty of heads nodding.

It's still odd to see that he worked with Aguilera, as she's a Pop artist, but Premo managed to make his beats fit to her voice and in turn helped his own career as well.

Even though he's worked with Christina Aguilera, he mainly works with underground Hip Hop artists, often helping them elevate their careers.


Artists that were once "underground" ended up becoming more than that after working with Premo.

Just look at this list of rappers he's worked with:
For many underground artists, DJ Premier is the go-to guy to get them some dope beats, something that took place quite often in the famed D&D Studios.

He's been quoted as saying that some producers make keyboard/synth type of beats, and that's great, but he just doesn't do that. As a result, he still makes beats by sampling lots of vinyl.

This is why after all these years, he has managed to keep that "Premo" sound that Hip Hop heads know and love.

He has embraced some of the new equipment and software out there today, but "if it ain't broke, don't fix it" is a motto that is proven if you look at his recording studio.

From MPCs to the SP1200 and the S950, plus a pair of Technics 1200's to sample from - DJ Premier still makes beats the way he knows best - with old equipment. And guess what? That's a formula that just works. So why change it?

In no particular order, the five producers that he likes the most are:
He credits Marley Marl at being "the James Brown of Rap music" from a producer standpoint. It's Marley Marl that really influenced Premo's sound, but Rick Rubin is right up there too with the way he put together classic songs such as the Beastie Boys' "Hold It Now Hit It".


8. He Tailor-Makes Beats for All His Artists

He has also mentioned how he's not the type of producer that will have a CD full of beats that he plays for an artist to choose from. Instead, he will make beats on the spot for that particular artist, so that the beat will fit that artist's style.

This is refreshing to hear, especially for a well known producer such as DJ Premier. Making beats for the artist you're working with means that song will be much better than if they just picked a random beat he might have done a long time ago.

Battle Points: 14
This was a great read. Primo is my favorite producer alongside the Rza in his prime. I didn't even know about his collaboration with Christina Aguliara.

His recent work with Joey Badass is amazing.

This is what inspires the end game for my production. Anytime you hear a Primo beat with strings and keys from an orchestra, that's specifically what I'm aiming at. Right now I make sampled beats and orchestrated beats and they sound separate, but I want my orchestration up to a level that when I then sample it, they sound as good as a Primo beat. I'm still trying to get the stop and start sampling of his technique down. It seems easy until you try to do it.

Also will never forget his work with Gangstarr. Moment of Truth is one of the most perfect albums I've ever heard.
http://realmblazer.beatstars.com/

Administrator
*** ill o.g. ***
Battle Points: 1
Yeah sampling takes time. There are plenty of beatmakers that can just loop a sample and add drums, but to get to Premier's level is something else. I always look at it as using samples like any instrument and try to layer them, creating a whole new sound. A perfect example is the Bomb Squad when they pieced together tons of tiny samples to create a beat. That takes skill!

Great read...Still my favorite producer ever.......some iconic beats.
"Producer, beatmaker. Whatever you call it. Music is the product. Titles are irrelevant." - Sucio
The "death" of hip-hop coincides with the success of hip-hop. - Sucio

No doubt. I always love these:

Man...number 8 blew my mind! GOAT!
You must log in or register to reply here. 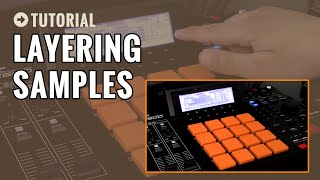