Off Topic Are Deejays a Dying Breed? 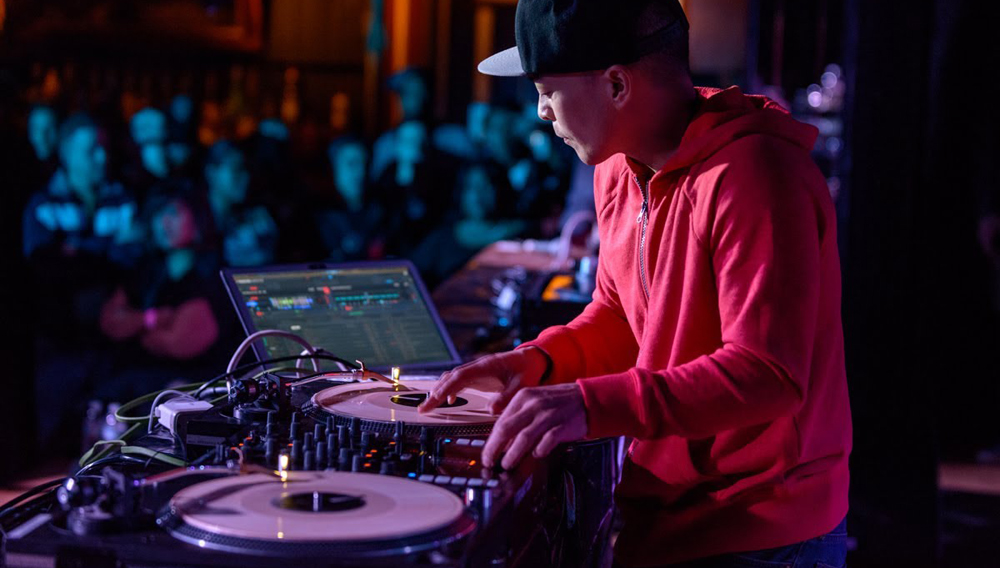 There was a time that has come and gone; a magical time that seemed to only last a few short years yet had a great impact on hip hop, from the west to east and everything in between. Deejays were in abundance, everyone seemed to know someone that scratched (or was trying to), and Technics 1200s were flying off the shelves faster than you can say "Ahhh" or "Fresh". It was a time when battles were commonplace, and the DMC competitions were overwhelmed with the amount of entries each year, forcing them to expand into different categories.

All of this is now gone. The amount of deejays today has been reduced to next to nil (or so it seems), and because of the digital age, Panasonic has decided to no longer manufacture the Technics 1200, which was THE turntable for any serious deejay. If you had anything else, you were considered someone that was working their way up to 1200's. Because of the discontinuation, prices for the 1200's have skyrocketed. Everyone from Qbert to Roc Raida were so well known and so popular, they would be on tour on a regular basis.

The digital age. Deejays would spend hours upon hours practicing in their bedrooms trying to get that certain scratch just right, or figure out that beat juggle, all until their ears were as tired as their neighbors'. This was mostly in the early to mid-1990's, but then computers came along, and so did the internet. At first the internet seemed to really help a lot of deejays because they could now ask for advice, or even post their mixes online. Then it got a little worse because deejays ended up spending more time on the computer than actually deejaying. Playstation, Xbox, cell phones, all this stuff pushed the once-dedicated deejays into their computer chairs and kept them there. There were no more hunched backs from standing over their 1200's trying to perfect their craft - instead the hunching now came from staring at a computer screen for the entire day.

The DMC Competition Is a Shadow of its Former Self

I used to watch the DMC DJ competitions each year without fail. From the regional heats to the world finals, I was on top of it all, taking it all in. I bought all the VHS cassettes I could get my hands on, and knew all the deejays that had competed. I was almost like a walking deejay encyclopedia! I even went as far as recording my favorite DMC routines onto audio cassette and playing that in my walkman. However, ever since the dawn of the digital age, the DMC has seen a steady decline to the point where they've now introduced the DMC online championships. It's almost like as if they know that's the only way to get deejays involved, and almost as if they're getting ready to do away with the real annual competition.

It's too bad too, because there were tons of great deejays and routines that came out of the DMC battles. So many guys built careers from winning the DMC, whether it be the local contests, or the world finals. It was a great way for deejays to show their stuff in under six minutes, and give the world a memorable routine.

Even though the digital age is the cause of deejays almost disappearing, one of the other factors is the style that today's deejays use. From beeps and boops to super-fast vinyl manipulation, it utterly sucks. Some people love it, others hate it. I hate it. There's no style! Everyone is the same, there's no variety and no imagination. If I had to summarize today's routines into one word: noise. You can't possibly think that this has actually helped move the deejay community forward, can you? Nothing lasts forever, and moving forward is the way to stay alive in music but holding onto something that is a proven winner can't hurt.

So, are they dead?

The ones of yesteryear, yes. Deejays will always be around, just not the ones I'm used to. Scratch deejays have quietly gone underground, and hip hop deejays are still here, just doing things differently. Instead of 1200's, they're using CDJ's, or 1200's with Serato.

The way to stay alive is to continue doing what you do, but don't forget about how it was in the golden era. If all you've ever used is CDJ's, good for you, but don't neglect vinyl! Don't neglect scratching! And most of all, don't neglect hip hop.

*** ill o.g. ***
Alot of DeeJay's have gone into production too.
I wouldn't say the DeeJay is dead. They are few in numbers as applies to hip-hop genres.
Seem's like anyone with 'DJ' in front of their name is doing stuff like dubstep, house, techno, (psy-)trance, IDM etc.
JUST Muziq | @LionUCS on Twitter | Lion on SoundCloud | JUST Muziq on YouTube
Honey Drop loveSound, Indian Space Cowboy, and
video EP from Sacred Sounds, available now

*** ill o.g. ***
Battle Points: 472
beat this!
warzone
aotb
I prefer to call laptop DJs "MP3Js" now. One thing that is lacking big time from these MP3Js is the art of blending beats together! With all of the new technology in Serato and Traktor, its much easier to find a BPM and mix a beat. Even with preset playlists, the MP3J doesnt even need to use headphones anymore to match the tracks. So with that in mind, why are the majority of MP3Js not getting technical? It's sad to see the elements of a hip hop DJ fade with this new technology, when if used right-the elements could only be expanded!

I'll always love this line from DJ Revolutions last album by KRS One's "The DJ"
"If you use Serato Bravo. But if you cant spin vinyl records you wont be able to follow"!

*** ill o.g. ***
Battle Points: 296
beat this!
battle that!
I'm a 2 X DMC finalist and all I have to say is most scratch DJs in hip hop DON"T have any musical ability besides mixing, and they haven't really evolved musically. Musically theirs "skills" were never really great compared to real producers or producers/DJs.

Scratch DJs do have some skills scratching and making beats here and there, juggling. But really production is a whole different beast. DJ skills take some skill too but production is a lifelong pursuit and a turntable is NOWHERE near an instrument like flamenco guitar. But there's still skill there in DJing.

Do I wish DJ skills were still respected? YES!!! But things change and who knows, I think people get sick of the BS and sooner or later people will realize the FAKENESS the music industry is now. A LACK of skills. Therefore giving more respect to real skills and musicianship, even DJs.

Hip hop began with battles and skills, neverending sharpening of the swords as steel sharpened steel. Now it's all about marketing and finding a good sound engineer who cane make ANYONE sound good. If we look at breakdancing as an example, b boys now are doing CRAZY shit and will continue to evolve things because it's STILL based on skills.

You can't escape SKILLS as a b boy because if you battle and SUCK you are exposed. But in rap those days are gone, the last real battle rapper being Eminem. So now all these fake skilled rappers put in their fake effort and fake lyrics. Do they say something sure, but not as much as a Tupac or Biggie, REAL skills REAL heart. That'as what music misses now
Scratch DJing, life, and flamenco guitar tutorials and vids by the 8X beat battle and DJ battle winner Hardboiled:
https://www.youtube.com/user/jphardboiled/featured

https://www.instagram.com/jphardboiled
You must log in or register to reply here.