*** ill o.g. ***
Battle Points: 5
Whats up fam i dunno how many of you guys are in the new york area and caught the IPA beat battle semi-finals but i was in the building n a few things i saw really pissed me off bout the battle. First of all the battle was judged by crowd response and not whats hot or not. N thats fucking bs when a nigga whose beats was mad eh..... gets the push ova some one who obviously scorthed him. I was the n word up Chops Excel n Hassan Salam all got Jerked for real..... but Dick Riders in the crowd always mess it up. For Rock from the IPA needs to get some jusdges and let the crowd be like the 3rd judge cuz thats bs. Second of all im sick of producers brringing like 3 beats per round that dont even match each other common if u gonna do the peat switch up thing at least make it sound seam less for real. Regardless the crowd was on some bs shit perfect example was Afta my man Exel beat some nigga Mr. Protools, his people was on that bull shit started talking shit , I mean 4 real jugde the beat fam not ur fam, ne way when the next round came up they start the step ur game up talk to my man ex like he aint just murder ish that last round, regardless his next battle ended in some othe mess cuz they gonna make ex n Fred One beat it off (NO HOMO) lol twice and clearlr ex killed him the secondtime around but when u got 100 motherfuckas just there cuz of u whats a man to do. Same ish happens wit Chops n Hassan getteing jecked by a PS2 beat maker not that dudes stuff wasnt alright but it wasnt even in the same class as chops or Hassans, But agian he got his whole family and high school class in the crowd and animal crackers so what u gonna do??
To end this mindless rant IPA need judges cuz every time i go to thier beat battles some one always get jerked from the group. On a side note Mills the winner of the first half of the battle was sick if anyone every heard of dude listen harder that boy is a PROBLEM dem beats was sick. tru dopeness. Oh an Words worth was their n he killed it fa sho!

*** ill o.g. ***
Battle Points: 99
bthis!
I feel ur pain man. I've been in beat battles that've been judge by the crowd and battles judged by judges. And the ones that are judged by crowd response can suck ass if your dealing with catz that have there whole wannabe fan club with them. But by my experience i've always got mad luv even when I fall to somebody and I feel like it aint just. Those things are real good for networking. I got one coming up this Sunday I might just try to get it video taped and have it thrown up in the vid section?????

and your right it aint all about winning its what you can make of it.

You're now tuned to:

*** ill o.g. ***
Yo Trinidad, Rocky has been doin it that way for a minute now like that. When yoou go there you have to come at least 5-10 deep. Was Outthere able to get into the competition. I think he was an alternate.

Anyway, thats why we tring to do our thing in Jersey. Hopefully we can eventually get to "Rocky" status with these battles. ha.

*** ill o.g. ***
Battle Points: 5
Naw i know Rocky been doing it like that for a minute its just getting tired cuz that was the Semi finals naw mean n every time i go i c some one get jerked. Yea Outhere was there he lost his battle though, Hopefully yall do get to that status cuz yall shows are better an they JERZ!, LOL but dog there any spots left for this month???
"I want a girl when i want a girl, and when I don't want a girl i want a girl that understands that" - Phonte

*** ill o.g. ***
Battle Points: 123
bthis!
I have been a live beat battle exactly like you are talking about.....the votes were on crowd response, I came in second because I came soft...the other cat came with hard down south lava, and crushed me....I think a battle should go on crowd response and judges becuz if all that niggaz camp is in the building they sho gonna be in his corner, hot, lukewarm or wack.....there is politics built into just about everything now, so in all fairness you have to think political.....play all of your beats out WAY before the battle and get some crowd response.....only play shit that knocks....you have to test your beats out first before playing them in a battle.....most importantly if its a battle that they dont toggle volume and your shit does not knock you are thru...especially if the 5 cats that played their beats first shit was Bangin like Dre!...and then your moment to shine comes and your beat sound like AM radio you toast kid....so anyhow regroup...use my advice and field test your shit......FIRST that way you have equal footing on the nigga that brings 20 deep of his block to the place!
Simply put-Unfuckwittable BeatZ
You must log in or register to reply here. 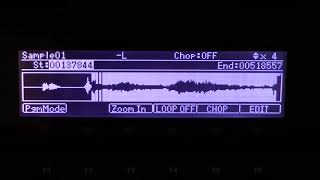