Battle Points: 1
Hi guys.
Was suggested this site on Reddit by OGBama.

Battle Points: 1
So I've heard!
Just had a flick through your articles, some good stuff in there, nice work!

~
hahahai somehow read part of that as 'mexican' hahaha

quapr said:
Hi guys.
Was suggested this site on Reddit by OGBama.

of course
we'll see you at the next beat this battle bro?

Welcome @quapr and what instrument(s) do you play and what's your musical backstory?
"Be prolific, not perfect." Natasha Rothwell

Armani said:
of course
we'll see you at the next beat this battle bro?

Just started working on a new instrumental for it, I'm in, don't sweat it :up2:


OGBama said:
Welcome @quapr and what instrument(s) do you play and what's your musical backstory?
Click to expand...

I've been playing bass, guitar solidly since I was 12/13 - so for 17/18 years now... dabbled with drums here and there, bit of cello, and piano/keys as well to a certain extent. Got more into producing and DJing as time passed and I was working in promotion for club nights, had a residency here and there playing trance and techno, stages at festivals and stuff... eventually put this to work a little more and got involved in mixing and mastering stuff in my circle of friends and people I met in the trance and techno scenes... I studied this at uni as well, so had access to a load of gear and some real pro studios for a few years.

Real life hit pretty hard when I was 22/23 so had to shelf music a bit so I could get a "real job", I did keep at the music as best I could, but nowhere near as much as I'd like. Lost touch with the friends I had in the scene, and the music I was playing/producing evolved and left me behind a bit...

Over the last three or four years I gave myself a kicking, began building my own home studio and got back into it. Late nights, early mornings etc. I'd say in the last eighteen months I've got the passion back - and a friend who I was producing/DJing with back in the day (I'm old) moved back to Manchester, so we picked up where we left off but a bit older and wiser.

In admist all this I started making some hip hop instrumentals... hip hop has always been my favourite genre of music and for that reason I said I'd never work with it, because I didn't want to end up hating it the way I did with the techno/trance... but I got stuck in anyways. So far so good!

At this moment in time me and my friend have a techno release on the horizon, I've been working on my psytrance production and should hopefully be heading towards a release for that before the year is out, I've been mixing and mastering stuff for friends now my studio is set up pretty well for it (just need to get a soundproof curtain to eliminate any reverberations from a window/noise from outside) and have been plugging away trying to make 12 hip hop instrumentals a month...

When @quapr you say bass meaning bass guitar or upright bass? Your backstory is dope! I don't play any instrument(s) but I'ma put myself on the path to learning piano.
"Be prolific, not perfect." Natasha Rothwell

OGBama said:
When @quapr you say bass meaning bass guitar or upright bass? Your backstory is dope! I don't play any instrument(s) but I'ma put myself on the path to learning piano.
Click to expand...

Sorry yeah, bass guitar. I played jazz as a session musician for a bit so did dabble with upright but it was a lot harder than I thought it would be and I fucked it off hahah.

Thanks for the kind words - and definitely get stuck into the piano, a real worthwhile thing to learn, especially if you're producing. I'm gonna get either a 88 key synth or an 88 key midi keyboard in the next few months (all my synths are desktop modules or don't have keys currently, and my midi keyboard now is only 25 keys) so that I can get back into playing it properly. I can still muddle through with it, but need to polish up, get back to being able to play both hands together etc... be really handy to brush up on music theory too, I'm getting quite stale with that these days.
You must log in or register to reply here.
Share:
Facebook Twitter Reddit WhatsApp Email Share Link 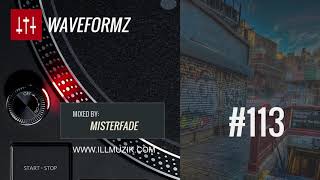