Tutorials How To Make Beats On A Budget

Times can be rough, and if you’re trying to get started making beats but you don’t have a lot of cash flow, it can be difficult to make some quality beats.

So where do you start?

If you’re on a budget, it’s actually not that hard. With all the advancements that have been made in music production in the past few years, it’s easier than ever to make beats. That doesn’t mean that making beats is easy, but it’s just there are plenty of tools to help you produce quality music.

Always Start With A DAW

There are plenty of DAWs out there, such as:
Even though there are many DAWs to choose from, the hard part is finding one that you like and doesn’t break the bank.

FL Studio offers a few different versions, like the “Fruity Edition” and “Producer Edition”. You will want to stay away from the Fruit Edition because it doesn’t offer audio recording. The Producer Edition is $199, which is a decent price.

Reason just released version 8 and it’s now a full fledged DAW, although some may say it’s still not up to par with other well known DAWs. This one is $399, which is not the price we’re looking for, since we’re talking about making beats on a budget. However, there is also the Reason Essentials edition (a slimmed down version of Reason) that you can buy for $100.

Cakewalk Sonar is actually really well priced. There are three versions:
All of them have tons of features, but of course the Studio and Producer versions offer more than just the basic X3.

Ableton Live 9 has three versions:
Like Sonar, they all offer different features, so it’s best to check it out on their website.

Bitwig is new to the game and is a lot like Ableton, but they’ve been working hard on making their DAW one of the best. As of this writing, they have their latest version on sale for $299.

Get A Keyboard Or Controller

I always recommend to people that they should invest in some sort of keyboard or controller. With a keyboard, you don’t have to get anything fancy with superb sounds, because since you will be recording into a computer-based DAW, you can easily use sounds you have on your computer rather than the keyboard.

So with that in mind, any keyboard will do, as long as it has either a USB connector, or MIDI in/out (with your soundcard having that too, of course). Your best bet is a USB connector. I first started out with a cheap Casio I bought at an electronics store.

If you don’t want to bother with a traditional keyboard, then save yourself the trouble and get a controller. It could be a very small one at about 25 keys, or something larger like 61 keys. Either way, all you need to do is connect it to your computer via USB, then you will be able to manipulate whatever sounds you have loaded up in your DAW with plugins.

Do Some Digging To Find Sounds

This one is a bit tricky. Since you will have a basic DAW which will probably come with some preset sounds, or plugins just waiting for sounds, you will need to find your own. This could mean you will have to get your hands on certain sound libraries or audio samples.

Let’s say you decide to get Ableton Live as your DAW. Within that, you can easily find sound packs that can be loaded into Ableton. Some you will have to pay for, others not. The ones that you will have to buy are not that expensive, usually around the $30-$50 range.

But if you want to find audio sounds to sample and play across your keyboard controller, then the sky’s the limit. You could look through YouTube, for example, and find literally tons of sounds to use. You just need to get used to chopping up samples and finding what you’re looking for, but once you do, then you will never run out of sounds.

There Is Always Room For A Drum Machine

You don’t necessarily need one, but a drum machine would be a great piece of gear to add to your setup. Recently, Akai released the Rhythm Wolf drum machine and it’s so simple to use, plus it’s fun too. There are others, like the classic Alesis SR-16, and many more.

By having a drum machine, you can now make quick drum loops, rather than trying to find drum sounds, chop them, layer them, and play them with your controller. Make it easier on yourself. You could also use the drum sounds from the drum machine and layer them with drum samples you find!

Always remember though, that since you’re on a budget, you don’t have to buy any gear brand new. I actually encourage you to look through thrift shops and online like eBay to buy used gear. You will save lots of money that way.

Now It’s Time To Make Beats, So Keep It Simple

With a simple setup, you need to keep your beats simple. The reason why is because I have seen it far too often where someone first starting out wants to know how to “get this sound” or “how do I do this to make it sound like this?”. Don’t worry about making your beats sound like something you already heard. Instead, just focus on the basics first.

Since you will have a minimal setup, then you obviously won’t be able to tap into a wide array of plugins and effects to improve your beats.

I suggest you focus on basic patterns. A 4/4 time signature is all you need, and it’s a great place to start.

And the hi-hat on every other note between.

Once you have that down and you’re ready to play sounds on top of your drum loop, just follow the drum pattern. Your Bass note can hit on the first kick of each bar, and if you have an instrument like Piano, then just play it on every other note.

The whole point of this exercise is so that you can keep your patterns simple, which will help you learn, then eventually you will perfect it. If you can perfect simple patterns, what do you think is going to happen next? That’s right – you will start to make more complex patterns.

I did not give exact numbers on what to spend for every piece of software or hardware, because your budget could be very different than someone else’s. However, if you can afford something around the $500 range, then you will have no problem obtaining a solid set up. Good luck!

Administrator
*** ill o.g. ***
Battle Points: 1
Thanks for the heads up! I completely forgot about Essentials. Updated the article.

Vermin Versace - Thy Forgotten One 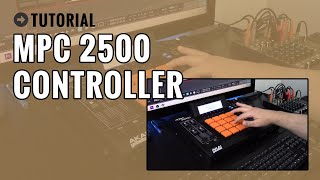