Production In The Lab: Are You Afraid To Sample? 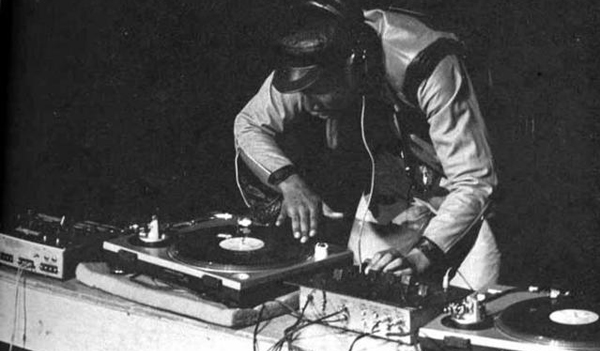 In a recent news story, the Beastie Boys have been presented with a lawsuit claiming that they used un-cleared samples on "Licensed to Ill" and "Paul's Boutique". The tracks in question are Trouble Funk's "Say What" and "Drop The Bomb", used on the Beastie Boys' "Car Thief" and "Hold It Now, Hit It". The lawsuit claims that these samples were used without permission and the fact that these two albums have been in circulation for over twenty years, means that they have profited tremendously off of this illegal practice.

Where It All Began

No one can question the fact that Rap music is based upon sampling. From DJ's going back and forth on the turntables, backspinning the same break of a record with two copies and an MC spitting lyrics on top, getting the crowd moving - this is the basis of this genre. Yet, back in the early days there were no legal issues to worry about because Rap was just starting out and wasn't the big money-maker it is today. Everyone knows that the more popular it became, the more it made money, thus attracting all sorts of legal issues. The same can be said for any business just starting out. Everything's fine if you're operating a small restaurant and not charging tax on certain small items, but once your business expands and becomes really popular, the tax man is at your door with his hand out.

With Rap music, this is what has happened. In the late 1980's, it started to blow up and rappers were becoming household names. It became so huge that artists like Biz Markie were facing serious legal issues over the fact that certain tracks contained samples that were never cleared. Even Snoop Dogg had trouble with his first album when he failed to clear the samples used on "Gz Up Hoes Down".

With beatmakers and producers, this is a completely different issue. For a rapper to be held accountable for non-cleared samples is one thing, but it still comes back to the person making the music. When making beats, I tend to take whatever I feel like and just make music, but I can understand for a producer that makes beats for popular artists, this presents an issue. If I was making a track for someone like Fat Joe for example, I would be careful not to sample anything at all or if I did, to have it legally cleared. But if I'm just making beats and putting it out there online then I'm not worried at all. The same can be said for any underground artists and I don't think any legal teams will be chasing down someone that nobody knows about, it's just not worth it for them.

This is why the music we hear today is very different than what we heard in the 1990's. It was then that the sky was the limit and you could sample whatever you wanted to and even if you were required to clear the sample, it didn't cost you nearly as much as it does today. But why? It's simple - Rap music is popular so these musicians and musical acts that you're sampling today want to cash in on the genre's popularity. Because of this, are producers afraid to sample now? I would say so.

Here's an early clip from 1988 about sampling:


It's a tedious task to try and clear a sample because sometimes you find a sample that is just great and you're able to flip it in such a way that it makes you proud and excited and you know it will be a hit. At this point when you go to clear the sample, you might be rejected! Or you might be told that to clear it, it will cost an insane amount of money to do so. Is it worth it? This is what you end up asking yourself, so you either go back to the lab and start over with another sample, or do what most producers are doing today and that is to create your own compositions.

It shouldn't be this way though because Rap music didn't start out like this. Sure, times have changed and it's a big industry now that makes millions of dollars each year from just this genre alone, but making music shouldn't be like this. Music is an artform and anyone making beats should be able to express themselves whichever way they can whether it be through samples or composing. Being that sampling is where Rap first started, by taking the sampling out of the equation, you're essentially removing the foundation and history from it. 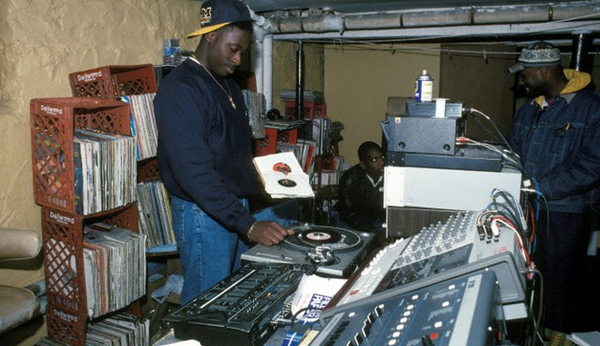 What happens when you sample a song, make a beat and then release it as your own song? You could be potentially sued by someone in the music industry, plain and simple. It's not a good thing because nobody wants to be sued but this is the way the industry works today. It's sad because there have been many artists either in Rap music or some other genre that have been in court fighting for their music, all because the law says so. I understand that by taking someone else's music, chopping it up and calling it your own is wrong, because what would you do if someone did that to you? What if someone took one of your beats, even if it's a beat where you use samples, and chopped it up for their own music release? It depends on who you ask but most wouldn't like it.

This is where we have the issue. Producers sample other people's music but I doubt they would like it if someone sampled them. What do you think?
Last edited: Jun 22, 2018

Moderator
*** ill o.g. ***
Dope article and some good points made. If you're a popular artist these days, either you clear the shit, or you really be creative or use a really obscure source. Biz's career was basically destroyed after what happened to him. Sampling and the ethics behind it are just a messy web, and it's easy to get tangled up in the politics behind it. In any case, I'll sample anything and everything because I just don't care.

I'd bet that 99.5% of my favorite Hip Hop songs have samples in them. Despite that, I never understood why producers feel entitled. IMO, until you make that sample unrecognizable, it's not yours. Pay, move on, or take your chances/lumps. It's someone else's music despite how Hip Hop started.

I personally don't sample much, but it's more about the fun I have composing.

We must fight for samplingto be fair
use! There are enough rappers, famous or not, who are sick and tired of this law! Hopefully people will fight for sampling being included in fair use. The “sample clearing” bullshit is corporate corruption!

*** ill o.g. ***
Battle Points: 7
here's a video about what happens when the original artist won't clear the sample

Administrator
*** ill o.g. ***
Battle Points: 1
@wrightboy Great video! This is why I try my best not to just grab a loop, instead I'll take pieces of something and layer it with other stuff.

As far as replaying a sample, this is where I get lost on the legality of that. It's like the artist saying "you can't sample my song but you can replay it with live instruments".

Battle Points: 1
There are people specializing in creating samples for beatmakers these days.
that's a really dope alternative to me
all these drum broker samples sound crazy!

Fade said:
@wrightboy This is why I try my best not to just grab a loop, instead I'll take pieces of something and layer it with other stuff.
Click to expand...

Likewise, I'm not interested in taking a preexisting loop to use in a track I'm making .I always like to use isolated sounds and layer them, resampling on the SP-404.

I do also use pretty obvious samples at times..snatches of vocal fragments for example but so far I seem to have avoided any cease and desist demands,hehe!

While I'd agree that sampling laws are both archaic and unfair I have no problem with an original artist getting paid for the use of their work, especially if it's an obvious lift and the individual who samples it makes no attempt to flip it in new, creative ways.

Obviously one of the main problems for anyone who uses samples is the disproportionate amount of royalties the artist( or rather their lawyers) will then demand for the use of their work.. I've heard many musicians say they have no problems with sampling and often these artists are grateful for the renewed interest in their back catalogues that's been generated through their music being sampled.

On the other hand, lawyers and record labels which are built on greed will always be a problem, unfortunately.

Ultimately, whether we like it or not, or until theirs a change of attitude from record companies, producers should live by the rule of: if you take it, be prepared to pay for it.
Bandcamp | SoundCloud
You must log in or register to reply here. 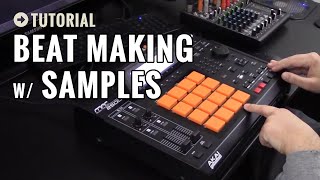