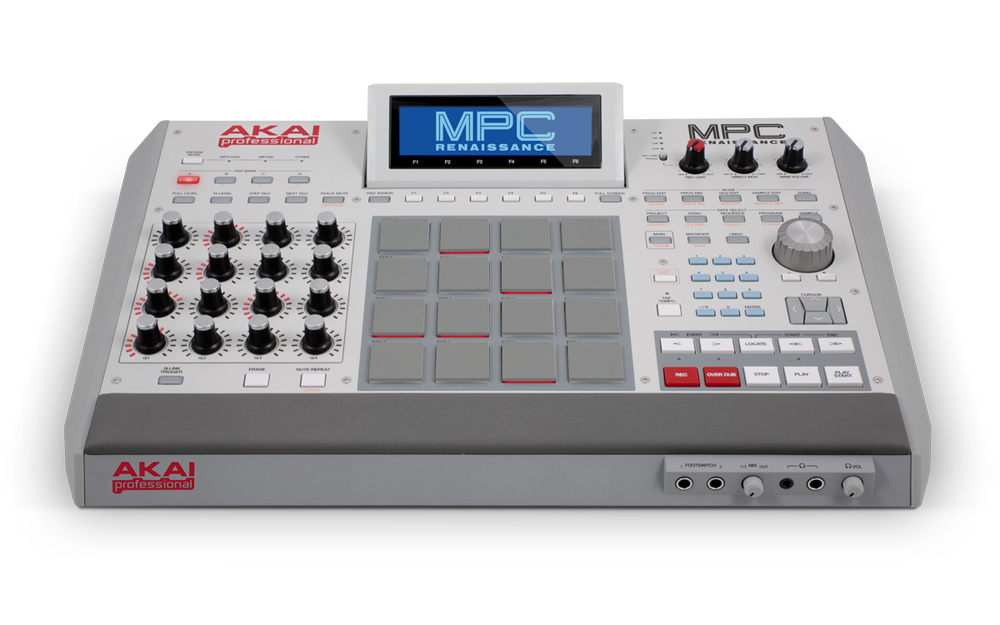 There's been an explosion of enormous proportions in the last few years, and it all has to do with Hip Hop beats. It used to always be about the rappers and deejays, but now it's the producer that is at the forefront and taking center stage. The problem is that a lot of the beats being pumped out really suck, so I'm here to help you fix this problem with my six easy steps to success.

You can find beat buddies all over the internet. The main place would be on social websites, so if you frequent Facebook, Twitter, and whatever other time waster you can think of - there's bound to be someone out there that is willing to hook up with you and start working on beats. Try to stay away from places like Craigslist and Kijiji, they are full of scams. I just saw on the news the other day about how someone got their MPC robbed at gunpoint after meeting a potential beat buddy on Kijiji.

Artists like K9 Posse, Vanilla Ice, Lil Wayne, Drake, and of course, 2 Live Jews are great examples that you can mirror. Making beats is not just about being dope, but you also have to have style and substance. All of those artists have one thing in common - they were/are dope. When I first heard K9 Posse's first album, I was blown away, and ever since I've been modeling my style like theirs. Take for example:


As soon at the beat drops - the sergeant is literally blown back right out of his shoes! Then his shoes are on fire! With style like that, your beats are sure to be a hit. The key is to make sure they knock people back every single time. I recommend you practice on someone you don't like, or your little brother.

3. Steal As Much Software As You Can

This is a no-brainer. Who in the hell can afford all of that software? I remember when I first saw Cakewalk Pro Audio at my local music shop and I couldn't believe the price! $500 for something that's been crammed onto a single CD? That makes no sense to me. I know those guys work hard to make that software but come on - I wouldn't pay any more than $60. Even then that's pushing it because for $60 I could easily buy the new GTA on XBOX, so they need to stop with that nonsense. GTA would give me much more pleasure than some DAW on a CD.

Once you've gathered up a huge collection of software, it's time to install them all. Make sure you have plenty of VST plug-ins because you can never have enough reverb. Reverb is the single most imporant effect that you can put on a track. Remember that song "9mm Goes Bang" by BDP?


That reverb is insanely dope. Get that reverb and use it on all of your beats.

I find that wearing shades while you're in the studio greatly helps your beat making abilities. I used to do beats when it was really sunny out and I would have all my windows open, but I quickly lost focus because of the sun. It was so bright that I would get distracted then head outside and go for a walk, it was so beautiful.

Now I wear shades and it makes all the difference. I'm able to make beats at any time of the day and nothing will distract me now. Plus it looks cool wearing shades, so that's a bonus.

I once knew a guy that always banged out his drums on the MPC (like a fool). I used to tell him that there's much better ways of making a drum loop but he never wanted to listen to me, until one day I played him a beat I made and he freaked out. "How did you get your drums like that!?!?", he would say. I told him that I didn't. I sampled a drum loop and looped it.

See, some people might say that you're taking shortcuts by just looping something, but those are just people that are jealous. Nobody has time to sit there and make an actual drum loop from individual sounds. That's just ridiculous. I found out years ago that it's much simpler and economical to just sample a loop then loop it. It gives you plenty of time to work on other parts of your track, such as the saxophone and accordion parts.

6. You Only Need 1 Bar Patterns

Hip Hop has evolved over the past 20 years and what once was all about simple loops has turned into complex musical arrangements. I don't know why anyone would want to get all Quincy Jones and create super beats with bachelor degree music training, because that's not what Hip Hop is.

If you want complex stuff, then you should be producing techno music - that shit is super complex. The arrangements in that are mind boggling.

If, however, you want to produce Hip Hop music, then stick to 1-bar patterns because that's all you need. Remember Big Daddy Kane's "Set It Off"?


Besides the song being awesome, this track is all about the 1-bar loop. Nobody else does it like Kane, and this video proves it.

Forget 4, 8, or 16 bars. 1 bar is all you really need because let's face it - this is Rap music. You're not trying to create something that's going to win an Oscar or a Pulitzer Prize. You're here to make Hip Hop beats that will make fans bob their heads, emcees spit their best, and deejays just stand there. Good luck!

**DISCLAIMER: This article was meant as a joke. Hardy har.

You forget an important step, Be yourself and not another beatmaker, forge your own style and vision of beatmaking.

I forgot about this article, actually. I need to make more like this.
Check out DOPE SAMPLE PACKS! http://bit.ly/2M5uCiv
5 Reasons Why You Should Totally Make Beats! http://bit.ly/2VKQYcS
Beat Making Tutorial: Learn How To Sample http://bit.ly/35wmpMk

It took me to point 3 to realise that this was a joke...I was like IS THIS DUDE SERIOUS??

...then I reached for my shades.

I'm just a shook one

Battle Points: 90
aotb
beat it up!

I find that wearing shades while you're in the studio greatly helps your beat making abilities. I used to do beats when it was really sunny out and I would have all my windows open, but I quickly lost focus because of the sun. It was so bright that I would get distracted then head outside and go for a walk, it was so beautiful.

Now I wear shades and it makes all the difference. I'm able to make beats at any time of the day and nothing will distract me now. Plus it looks cool wearing shades, so that's a bonus.
Click to expand...

this is not so far from reality, my brother has a rule, when I'm making beats for his album, I MUST wear a cap hat, he says that's what a producer looks like.


Fade said:
I once knew a guy that always banged out his drums on the MPC (like a fool).
Click to expand...