One of the most overlooked aspects of today's beats is that a lot of times there's too much going on. What I mean is that when it comes to making rap music, less is always more. Most producers, including myself, will make a 4 or 8 bar loop and be happy with it, but then many times we'll ask ourselves "What's missing in this track?". It's good to add a sound or a particular instrument if it will fit the track nicely, but many times that 4 or 8 bar loop is enough. Of course, it also depends on what kind of beat you're trying to make... 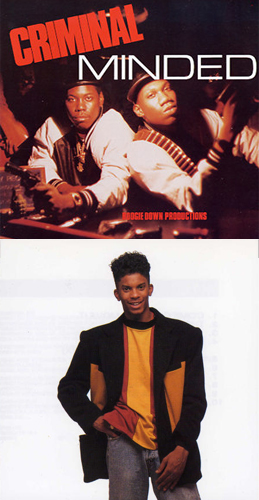 Making a beat for an MC

This is where I got the idea to write this article. With so many people nowadays making beats, not only has the market become cluttered, but so have the beats. Back in the day you would normally hear a solid 2 or 4 bar loop with an MC rapping over it, and that was it. Take for example BDP's "Bridge Is Over", or Special Ed's "Got It Made". Classic tracks where the focal point of the song wasn't the beat - it was the MC and his lyrics. I know times have changed and today the production is at the center stage, but sometimes it gets a little too ridiculous. What's wrong with making a tight 4 bar loop with just a kick, snare, hat, bass, and a few stabs? Nothing. Too many beats today have so many instruments and so many effects that the production is almost drowning out the MC.

If you're going to be making a beat for an MC to use, think before you act:

You have to realize that the MC is essentially another instrument that you're going to have in your mix. If you look at loose leaf paper, it has nice blue lines going across, and when you write on that paper with your pen, the ink blends in nicely with the paper. Now what happens when you put liquid paper over your ink? It becomes a big white blob on the paper. This is what happens when you have a solid beat and then you just throw the vocals on top of it. You have to make sure that the MC's voice is going to blend in with the rest of the sounds in your beat.

I know many MC's will want to hear a beat with all sorts of beautiful sounds in it, that way they'll be able to write to it easily. This is where the MC needs to understand as well that the track doesn't have to be so busy in order to sound good. Why don't you try and get them to rap over another beat that is less "busy"? Maybe at that point they'll realize that their voice stands out more! Then you could also use that as a foundation and start adding a few instruments to the track and slowly build it up. Don't get me wrong, some songs sound great with lots of instruments, percussion, etc - but not all of them. You must realize that this is rap music - without the MC, this would simply be instrumentals. Always remember to make room in your beat for the MC!

Do you know when you hear a song and at the chorus there's tons of sounds going on, then when the verse comes in, it seems quieter, simpler? When the verse comes in, a good producer takes away a few instruments to leave room for the vocals. A lot of today's songs will still stay busy even during the verses, for example the same horn section being used in the chorus is still used during the verse. Why? Is that horn section really necessary all throughout the track? Most likely not.

A while back, Stresswon asked me to contribute a beat for his album. I sent him a few of my beats, and he ended up choosing the one that wasn't the best of the bunch. It was a 4 bar loop with no changeups, and I asked myself "Why does he want that one?". I thought for sure he was going to choose one of the other beats because they sounder nicer, had some good changeups, etc. Then I realized that he chose it because it went well with his vocals! This is what got me thinking about today's beats and why I came to write this article.

On the other hand, if you're just trying to make beats and you don't have an MC on your track, then you don't really have to worry. When making an instrumental track, you don't have to worry about leaving room for an MC, but you do have to compensate somewhat in order to fill that void. Take for example Pete Rock's instrumental album from a few years ago, "Petestrumentals". Pete Rock is one of my favorite producers of all time, and I love that album, but there was one thing I didn't like about it. Even though they're instrumentals, most of them sounded like beats that were meant for MC's, yet he just used them for this album. Instead of making beats that carried their own weight, they ended up being very repetitive because there weren't any MC's on the tracks.

So if your goal is to make instrumentals, the one thing I recommend is that you not make the beats too repetitive. I'm not saying you need to have a million changeups and breakdowns, but just keep things moving without losing the listener's attention too quickly.

You don't have to always use effects! There are some effects that are great to use and that come in really handy in certain situations, but too many times I see people using effects every chance they get. It's always good to keep your tracks as dry as possible, then throw in some effects if you need them. For example, be careful not to use too much reverb - you might add some to your vocals, but remember that when you go to mix you'll be adding some more reverb there too! 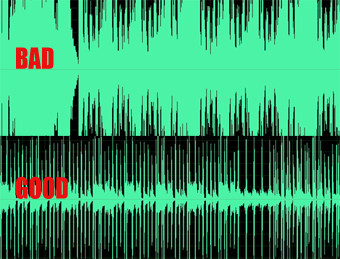 If you're not sure about your beat and whether it's "too busy" or not, a good trick is to open up your beat into an editor like Audition, Audacity, or Soundforge. Look at the waveform and you will be able to tell right away if it's good or not. If the waveform is just this big blur all throughout the track, then most likely your beat has too much going on.

This article is simply my opinion on the matter, whether you choose to follow my advice is up to you. I just wanted to bring some attention to this subject and hopefully open the eyes of a few of you and have you realize that just because your beat is "hot" doesn't necessarily mean it's a perfect fit for an MC.

Do you hear the sound of one hand clapping?

Do your drums really need cymbals?
You're right.... this will get in the way of the vocals. Cymbals are a seasoning.
Does your beat belong in an action movie or prize fighter intro?
Fight Beats | Fight Music | Fight Tunes

Battle Points: 27
biu!
OMG. I have seen dudes sandbag the shit out of their beats, adding 10 different sounds all doing the same thing, or sometimes working against each other. For an engineer you obviously want to hear those sounds, and expect that they belong in the beat, but then you have to unmask those sounds from each other, and give them their space in the stereo field just so they can be heard. Most of the time they are not even needed, and you can't hear them no matter what you do. For instance a guy might use a saw synth, and then layer another saw synth over it, which sounds similar, and you can't tell the 2 apart, or running a synth bass up against or with an 808. I know the idea is so people who have shit speakers can hear the bassline, of course you can add some distortion to the 808 to make it audible to people with tiny little speakers. There are times where layering like this is called for, but you have to unmask the synth from the sub bass so they don't compete for space in the sub ranges, otherwise you get this wierd very unpleasant wobble effect which hurts the brain and the ears very much. But the only instruments you really need are the amount that a typical band would have. A drummer, A bass guy, A rhythm guy (harmony/chords), maybe a keys guy (chords/ melodic), and a lead guitarist (melody player), and the singer (melody). Maybe you have background vocalists (harmonics). So in a nutshell you need Drums/ percussions, Bass, harmonnic elements, melodic elements. That's it. Maybe some sound FX for signalling a transition or adding some spice to a structural change in the song. Yeah leave some space for the vocalist, don't overcrowd the beat because I have had clients who wanted me to mix a song they did and of course got the beat from some guy who didn't know these things, and had a clustered beat full of shit, and it was hard to find a spot to fit the vocals in, and plus unmasking the vocal from the beat meant a lot of the time making the beat sound shitty so the vocalist can be heard. Which is what any engineer will do, so if you don't want an engineer fucking with your beat, and making it sound like shit by EQing out your mid range frequencies, don't go overboard filling up the midrange, and of course don't EQ your beats to have loud midrange. Make it sound natural. Also, don't put too much sounds in the beat because after the vocalist is mixed into the beat no one can hear all those sounds anyway. Instead of being lazy and loading up the beat with sounds, better is to do more with the sound you have so it fills the beat with energy, but doesn't take up so much space that a vocalist can't be mixed in.

So aim for simple, but yet sophisticated patterns. My 2 cents FWIW.
You must log in or register to reply here. 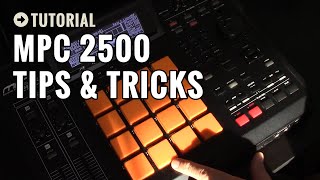