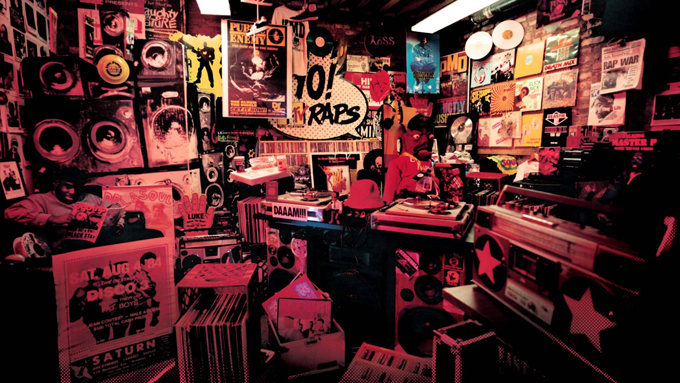 Quality. It’s what everyone is trying to achieve when they mix down their tracks, to have their mix sound better than the last. It’s something that music producers are always trying to perfect, some more than others, because some hate mixing and leave it to professional mixers.

With perfection becomes obsession, and all of us, as well as music fans, and of course, the music industry, is obsessed with having the best possible sound.

Do we need the best sound? No, we don’t.

Your Mixes Are Important

I will admit that I’m not a big fan of mixing. It’s fun to do it, but I would much rather just sit in the studio and bang away at my beloved Maschine. Mixing is one of those things that takes practice because it’s not just about knowing how to mix, but how to mix YOUR music. Sure, there are plenty of people that mix professionally for other artists, but they know what sound needs to be achieved.

For example, a pro mixer knows that artists want that “sound”; the sound everyone has on the radio and iTunes. In other words, they want it heavily compressed so that it’s ready to be thrown into rotation with all the other new tracks coming out every single day.

It’s hard to really nail down a mix properly because there are so many factors to consider, such as the type of sound you want to achieve, plus what you can actually do with the setup you currently have. Fortunately, mixing is done with lots of software, namely plug-ins, so you can mix at home with pretty much the same tools as a big time recording studio. The noticeable difference is that you are in your bedroom, and the big studio is, well, a big studio!

Most of the mixes today contain heavy amounts of compression. When I mix, I always keep things very basic to start off with, and then slowly add what I need. The first thing I will do is open up my project and disable any plug-ins that I may already have added, and I set all the track levels at zero. This gives me a clean slate to work with, and now I can start to mix properly.

I play all the tracks together and by doing so, I will notice right away what tracks need to have the volume level reduced. I will do this over and over again until all the levels seem perfect to me.

This is when I will start to add plug-ins.

Even with the many plug-ins I have, I will only use what I deem necessary because having too much will both clutter your mix, possibly not sounding good, and it will also suck up too much processing power from your computer, which slows things down. I avoid both by keeping things simple.

However, none of my mixing tips will matter if the sound coming in is not good. There have been countless times when I hear a beat that is really good, but the sound quality is terrible. This is because the producer most likely started off with a low quality sound source, so once you do that, there’s not much fixing you can do.

As I always say: garbage in, garbage out.

If you start with a clean sound, you will have a clean result. Even if you apply lots of effects to it, it will still come out clean.

But when it comes to today’s music, I find that the songs are TOO clean. This applies to all music genres, but Hip Hop is one of the few that can really get away with a dirty sound.

I know that today there are tons of tools at our disposal, such as an enormous amount of software, plus all the hardware controllers on the market, but if you produce Hip Hop, don’t worry about the sound quality too much.

I get the fact that everyone today wants the cleanest sound possible, however, I honestly don’t think it has any place in the Hip Hop world.

Take for example, some of the underground 90’s Hip Hop. This is stuff that is so dope, yet the quality is subpar.


Those are only two examples of some gutter tracks, but there is much worse out there. Remember cassettes? That was the platform of choice for all the people listening to Hip Hop in the 90’s, especially with their beloved mixtapes, where many had horrible quality.

Deejays such as Ron G, S&S, Clue, and many others, would come out with new mixtapes every week, and heads would buy those tapes then make copies for their friends. Then those friends would make copies, etc. So by the time I would finally get my hands on a DJ S&S tape, it sounded like it was recorded from a short wave radio!

But I loved every part of those mixtapes.

You see, the quality didn’t matter to me at all. I would listen to copies of copies of copies of mixtapes and full albums, and what I cherished the most was the actual songs, and not the quality. We have become a world of audiophiles that want nothing but the best. I understand that we’re in a time where there is no need for bad quality mixes any longer, but there is nothing wrong with them either.

The Quick Mix Fix For Those That Don’t Care

If you are not obsessed with obtaining the best sound possible when mixing, then I have some handy tips for you. First of all, you should still follow what I mentioned above about keeping things simple when mixing and using only the plug-ins necessary.

But you don’t have to use any plug-ins at all, either.

Making sure your volume levels are correct is key, but if your sound sources are dusty and dirty, don’t worry about it. I released a few beat compilations a few years ago and even though I was paying attention to the quality of my sounds, I didn’t care either. I sampled whatever, and when it came time to mix, all I did was check my levels and add a simple layer of compression to the overall mix.

The greatest thing about the 90’s Hip Hop was that all of those artists, especially the underground ones, didn’t care about the quality. All they wanted to do was make beats and spit some lyrics. By focusing all of their attention on just that alone, they made some extremely dope music that still kicks ass today.

*** ill o.g. ***
Battle Points: 83
beat this!
Its a difficult balance to achieve.
I SMECK errrBODY..........
CHECK OUT THE HOTTEST ARTISTS IN THE CAROLINA'S ON ILLMUZIK RADIO NOW!!! Click here!
Relic@Illmuzik

Totally agreed. Yes, there's a certain level of quality desired (especially nowadays) but I think the thing that hits home the most is what's going on in a composition; sonic quality takes second place to a good composition, most definitely.
Also, I agree with the processing issue; a good balance is mostly all that's needed. A lot of the time people assume it's necessary to run anything and everything in the song through a plugin and it's not always the case. Good levels and choosing instruments/samples that work well together can be all that's needed - especially if, as you say, you're working with a decent quality sample/recording in the first place.

I could go on forever about this issue but I'm gonna stop there lol. Enjoyed the article man.

Administrator
*** ill o.g. ***
Battle Points: 1
Thanks for the feedback, I agree on everything you mentioned as well.
SAMPLE CAPTOR! http://bit.ly/37P1UdO
5 Reasons Why You Should Totally Make Beats! http://bit.ly/2VKQYcS
Beat Making Tutorial: Learn How To Sample http://bit.ly/35wmpMk