Projktnorthwind Is All About Pianos and Beats 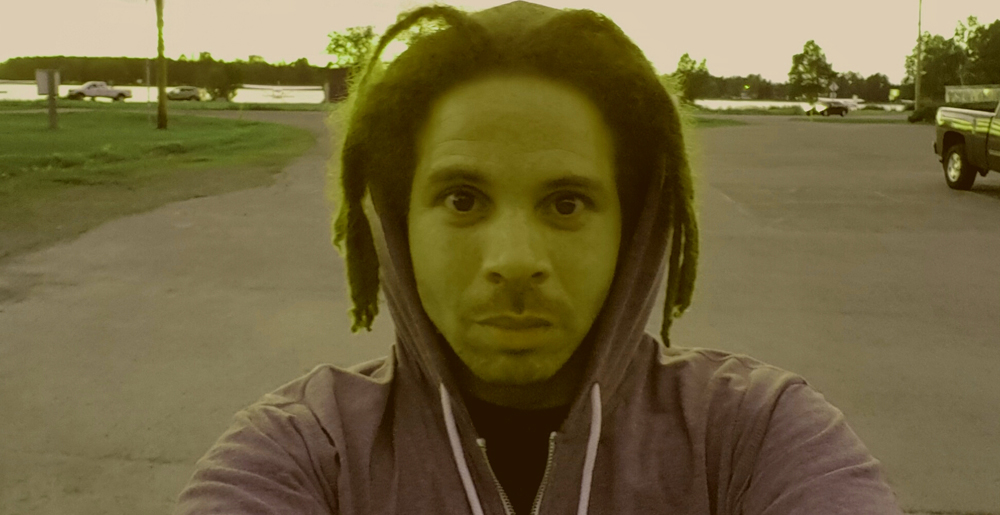 Having won the Christmas-themed Beat This! Competition, I wanted to know more about projktnorthwind. As it turns out, he has a lot to say about music, especially when it comes to the piano, since he teaches it. But what about his beatmaking skills?

Sup, projktnorthwind, tell us a bit about yourself.

I guess a bit about myself, is... I'm from Alaska, born and raised.
I went to 12 different schools until getting kicked out my second attempt at 10th grade(apparently guns on school property is not part of the curriculum).

I moved to San Antonio when I was 17. And as it turned out, I could play a little piano, so I entered a few piano competitions and auditioned for a scholarship and attended UTSA as a Piano Performance Major, until I thought moving to Miami sounded like a good idea...

After traveling the USA for about 10 years, 3 of which I was touring with Skateboarder Magazine, Gravity Games, DMC World DJ Championships and a bunch of other stuff (I used to work in the marketing dept for a beverage company). I ended up moving to N. Cali, New York, back to Alaska and a few other places, eventually making my way back to San Antonio. I've been here since 2010. Now married, a two year old son, 2 dogs and a cat. That's not really the whole story, but I don't really feel like getting into the whole had to go to rehab a few times part.

You won the Christmas-themed Beat This! Competition, with a really dope beat. How did you put that together?

Man, that win was totally unexpected, there were so many strong beats. I guess my first step was do a little research, see what everyone else on YouTube was doing, and try to not do that. I knew I wanted a Soul-type sound and ended up finding this Jackson 5 Christmas album. Scanned a few songs, found the sample and got to work. I used that sample, and some drums I chopped up to make the beat. It was fun.

I was checking your SoundCloud page and didn't realize that you had such varying tastes in music. What's going on here!?!?

Yeah, I don't really utilize SoundCloud the way I probably should...
to me, music is like food... a well rounded musical diet does the soul good.

Some of my favorite music and artists to listen to are Classical Piano, Venetian Snares, Squarerpusher, The Mars Volta, Boom Bap, Talib Kweli, The Roots, I mean this list could on... one of my all time favorite producers is EL-P. I know that's not very conventional and most would disagree, but I think he's on some next level type shit.

You obviously have a heavy influence in Electronic music, how did you get started with making music?

I think I was around 22-23 when I had thought to myself, "I want to make beats and music". So I bought a Korg Triton LE. I didn't know anyone else who made "beats" so I was just trying to figure it out. This was before YouTube.

Little did I know that the beats I wanted to make were not made on a Korg, but I made the most of my purchase and got to practicing, making loads of terrible music.

That lasted about 2-3 years off and on, until that whole drug problem I touched on earlier really surfaced. I pawned everything and didn't do anything musical for about 10 years.

After "getting my shit together" I've been fortunate to be able to scrounge together some studio gear, and start making music again.

I also noticed that you teach piano. That's awesome! Tell us more.

Yeah! it's pretty awesome. I never imagined life this good. In 2014 I began teaching out of the back room in my house, and a year ago converted my garage into a piano studio. I have around 30 students, we do recitals, competitions, study theory - all that good stuff. The hard part is balancing learning and practicing new piano repertoire when I just want to make music. I guess it could be worse.

Okay, so what do you have in your setup? And what's your main piece of hardware/software (besides the piano!)?

Every once in a while I'll mic up the Steinway. Mostly (99% of the time) I use Ableton and my MKP61. My set-up consists of an MSI laptop. Korg Triton Extreme88, Dave Smith Mopho SE, Maschine MK2, Roland Super JD-990, Pro Tools 12 (still earning), Reason 8, Presonus Studio, some Tannoy Monitors, a few mics and an electric drum kit that I just figured out how to connect it MIDI to Ableton (dopeness). I have a few other synths laying around that I use periodically. But seriously, when I'm ready to make music, I just go to what I know.

Since you're a piano guru, do you think it's important for Hip Hop producers to have some knowledge of music theory?

I don't think I'd describe myself as a "piano guru". I've met a few, and I don't fit into that category.

I can't say that it's important, but I would say it helps. They say making the music is walking the walk, understanding theory is talking the talk. But I would also add, that most Hip Hop producers probably know more than they think. The terminology used is slightly different, but most concepts are the same. Take a visit to any Sheet Music store, or Amazon, and buy a level 1 theory book, and work your way up. You'll see that you know more than you think, and if not, then you learn a little something.

Most Hip Hop beats will have basic notes in it, which works out really well, but do you think that having more advanced note-playing will make the beat better or turn it into something other than Hip Hop?

I would say, no and no, but possibly. But understanding the way key signatures/pitches, modulations, progressions work together could possibly help one make better, or more well textured/colored Hip Hop beats. This can also be an extended thought as far as music theory is concerned, however, understanding these theoretical music concepts do not necessarily mean that one would have the technical ability to execute or deliver the idea.

I ask, do people break dance the same way they did 30 years ago? The moves have evolved, and have become more complex, the techniques have become more virtuoso. Although, there are fundamental/basic trademark moves that are at the core of the underlying style to that which is the art of the B-BOY. The street art has evolved. The mind-set has evolved, so naturally, why wouldn't the music that would be the platform for the verbal message of the culture, to evolve. The issues within communities have evolved. As would the "message" and the messenger.

This is a really interesting and deep question. I think there are many ways to look at this question, and in an attempt to answer it clearly, many factors must be taken into account. To me there is no "black and white" when it comes to music, except for, "is it good, or not?", and even that is subjective. I think it is safe to say, we are currently in an era of music that has more genres of music that ever before. And it seems like almost daily a new style/sub-style/genre of music is being cultivated. So, to ask, "Would more advanced note-playing of any particular instrument, make a beat better or turn it into something other than Hip Hop"? I say sure, it could, while at the same time still being labelled under the blanket of Hip Hop. I know turntable-ism has come a long way, as far as scratching techniques and juggling, however, no matter how intricate and complex it becomes, it is still a part of Hip Hop, right? Many say that music in general, is being dumbed down, and I would agree to a extent. But that's almost a whole new question and topic that I'm sure has been talked about in the forums at some point. 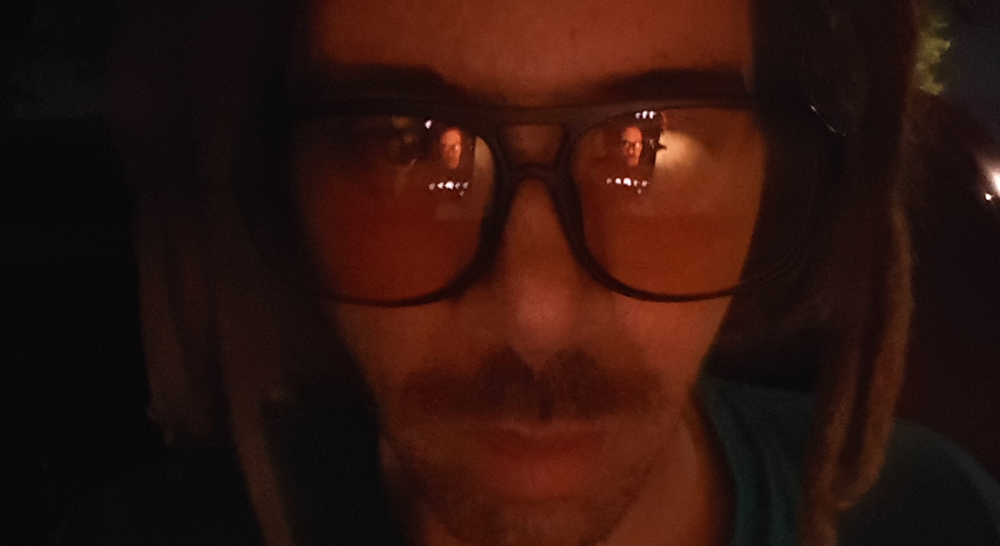 Mozart was ridiculed due to his increased "number of notes", at the same time creating a standard that those in the "Classical" era all would strive to be like. Some of Chopin's masterpieces, a composer who trailed Mozart by around 75 years, has some of the most moving and poetic music ever written, with some pieces having less than half the notes of Mozart.

This all being answered from the argument of a fundamentalists point of view. That Hip Hop producers, maybe from a purist's perspective might feel that there is only one true way to make Hip Hop Beats; Boom-Bap... Boom-Boom Bap.

I also come from a purest's background, I feel that Classical piano is the epitome of an instrumentalists ability (piano in particular) to showcase one's abilities, musically and technically but I'm forced to accept that as time continues to move forward, technology advances, new and innovative instruments rear their ugly little faces and music evolves. The question that always comes to my mind is, "what would the greats (Bach, Beethoven, Chopin etc...) do with the instruments that we use today? And would they be disappointed in the way music has turned out? But that's just me... and my little world.

Also, if anyone would like to start/continue a conversation in the forum over this question/answer that would be dope. I'd love to hear some other opinions.

What's the most important thing you've learned when it comes to music production?

But I still consider myself a newbie, that don't know shit. So any advice or feedback at anytime, even just to call me an asshole and tell me I suck, is appreciated.

Do you have any project you're currently working on?

I have a few local San Antonio artists that I've been working with. Also, an artist in K.C. that we've been working on some material. As far as personally, I've been working on Beethoven Sonata Op 31, no 2. Bach f min Prelude and Fugue No 12 from WTC Book 2, some Brahms (that I'll be playing in a few weeks for a recital, and I haven't practiced, because I keep making beats)... and a few other pieces. I'd like to get into sound design.

What's the one main piece of advice that you give your students?

Besides practice, it would be music is a journey, and it goes on as long as you want it to.

So don't stop when things become challenging, you just might be getting close to being really good!

Thanks for the interview. Any shoutouts you'd like to give?

Uh... thank you FADE! I don't really have any "shout-outs" to give, and even if I did, I'm not sure they would hear me.

Did I mention that I'm not that cool...although if you read this whole interview you probably figured that out by now.