Production Should You Use A Recording Studio? 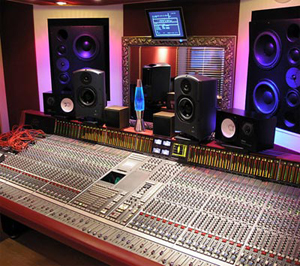 This is a question that seems like an obvious answer for many people, however, using a recording studio in today's digital age is not a bad idea at all.

The main thing to consider is - do you need a studio? Most of us make beats at home on our gear then dump the tracks into our favorite computer DAW, then mix down from there and call it a day. But what if you want a really good sound? Most people think they know what it takes to have a proper mix, but it still comes down to whether you're planning on releasing music to the masses, or to just a few. Being able to do everything right in your own home and then sell your music by uploading your finished work online seems like a really comfortable idea.

If your sole purpose is to make an album and sell it online, then by all means do it at home. You could still hit up a professional recording studio so that you could get a great mix, but it's not necessary. Whether you're using Pro Tools, Logic, Sonar, Cubase - it all comes down to what kind of sound you're looking to achieve.

It's funny how after all these years, things come full circle. When I first started out with music, there were no computer DAWs like they have today and everything was basically hardware-based. Going to a recording studio was your only option if you wanted to even record music, because the most that the average beat maker had at home was a 4-track!

Even though most people have a computer DAW and their favorite gear to take the ideas from their head and put them into music, recording studios still have a strong place in today's music. Sure, all the top pop artists use studios but that's a whole different story. For hip hop, most of us are doing the stuff ourselves but why not use a studio? There seems to be a steady increase in recording studios popping up, most are usually people like us that are trying to make use of our setups, but professional studios are still around, of course. 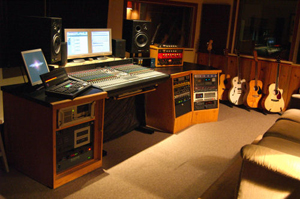 Going to a recording studio

In today's music, the sound is very important. It's in-your-face and loud. We can all do great mixes at home but if you're looking to branch out and have a more professional sound, then you should definitely look into booking some time at a recording studio to get a great professional sound. The engineers know what they're doing and most have gone to great lengths to study engineering and have trained ears to get the right mix for you.

Some of us have lots of gear, other don't. A studio will have basically everything you need and then some so right there that's an advantage for you because they might have a great microphone that you can only dream of having, and right there the vocals will sound much nicer.

What kind of studio to choose

As I mentioned earlier, there are many beatmakers/producers/hobbyists that are turning their home studios in to studios where you can use their services. There are differences of course to using a studio like that versus a professional studio. Which one to choose is entirely up to you, but either one is a good choice. Just as a company would hire a freelance writer to write some articles for a magazine, the same applies here. As long as the studio has the setup you need and the person that will be at the mixing board knows what they're doing, you're good to go.
Click to expand...

*** ill o.g. ***
Battle Points: 304
bthis!
aotb!
bthat!
I agree.
"Producer, beatmaker. Whatever you call it. Music is the product. Titles are irrelevant." - Sucio
The "death" of hip-hop coincides with the success of hip-hop. - Sucio 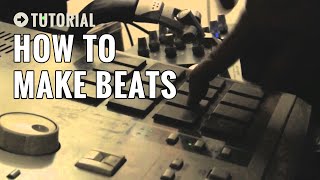