I don't even know

Battle Points: 43
bthis!
@Dot Holla I like the mix, maybe a bit bass heavy, but I think it's a matter of taste. I would do 2 things, one would be to do some eq cuts on the vocal sample, it sounds a bit annoying by the end of the song and if you cut some frequencies off it could sustain itself better. The other thing I would change is the second time you drop the drums. Actually what I would change is the way you bring them back on at around 2:00, it's a bit too sudden for me. I loved the incorporation of the classic reggae/dub sound effects as well as the keys at the end. Nice job there man and welcome to the iLL.

@8O8 beats I would layer some extra drums into that pattern and maybe change the attack settings on the sampler to lower the attack a bit. I'm not a big fan of the sample itself but it's coming in too suddenly. Also maybe add compression on the sample so that it lowers when the drums hit.

Full track here, just wanted to share it with ya'll 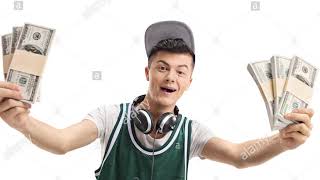