Battle Points: 2
@Matt-D The first song was alright but I preferred the second one. Yeah, I could put the second one on repeat easy ! The snares were a little too shy on both I think. But nice, clean work as usual! Yeah, I'm trying to learn how to mix atm how to EQ shit properly etc I'll try to do better with it, thanks for the comment man, appreciate it!
@8ight33n First beat? Kinda chaotic but it sounds good. I can't really see my vibin with it tho lol Shinobi was more like it for me. That's a vibe! The chorus was not pronounced enough tho
@Chad This sounds like some streetfighter theme. Kinda repetitive tho you should try to include a change at some point. But it's cool
@qoqo.da.zrdsmth The first beat was nice. Good intro, some breaks in the melody etc but why didn't you include the last part of the beat like a real part, not just the outro. It would have been great as a chorus. The second beat was cool nothing much to say it had everything I wanted, props! And to answer your question it was a soul sample
@TeeJay Sounds First beat sounds great! Where is the rest of it lol The second one was better articulated, nice melodies, good drums, I like the sound of the vocal sample, good shit bruh
@2GooD Productions Yeah I can definitely picture someone gettin beat up to this lol hopefully a villain. Epic sounding and great drums as usual. Thank you for the comment I was a little lazy on the bass as usual lol
@Dez-NYCe Sounds a little low on volume, I can't really complain about that I have to fix my shit too. But it sounds okay, a little repetitive tho
@negrotrill First beat the melody was kinda simple but I guess it could work for the genre of music, the drums were not hittin hard enough and it was also too repetitive.
Second beat has better sounding drums, I also prefer this type of genre of music so I'll be biased and say it sounds better than the first one, nothing to say good job!
My Experiments | My Soundcloud 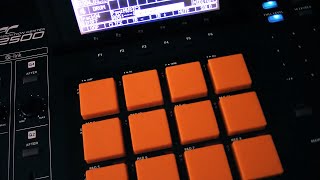