Off Topic The Downfall Of Rap Battles 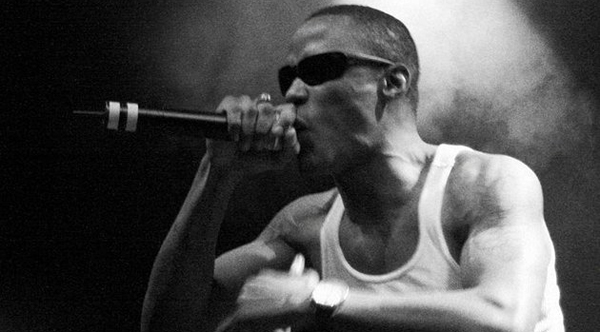 This past week, the entire world witnessed a tragedy in Hip Hop music. There was a rap battle between Canibus and Dizaster at the King of the Dot event on June 9th. For all of the fans that saw what went down, they were completely shocked. Canibus was "freestyling" by reading off of a notepad!

Rap battles have always been a show-and-prove type of scenario for any rapper that wants to make a name for themselves. It's always been about bragging rights and has shuttled many emcees onto much greater things in the music business. It's always been an event that could be witnessed pretty much anywhere - in the park, on rooftops, back alleys, at home, at a party, and of course, on a stage. There has always been an attitude of sorts from all the competitors, one that brings cleverness and fear at the same time. Even though there are plenty of female rappers that battle, it's mainly been a male-dominated activity that always brings an alpha attitude with it.

The thing with freestyle battles is that there aren't really any rules. Well there are, but they're more unwritten rules, which every rapper knows, or should know. One of those rules is to go off the top of your head, not recite written rhymes, and especially don't READ your written rhymes in plain view of everyone attending. Canibus did just that. He read his rhymes and the reason why it shocked most people isn't just that he did that, but it's also because it's Canibus - an emcee that has been known to be ferocious on the microphone, especially back in the day when he went toe to toe with LL Cool J in their music.

Why did Canibus do it? Nobody knows except him and he hasn't really come right out to tell the real side of the story, but we have seen some (apparently) fake website that claims to be Canibus telling us what went down. 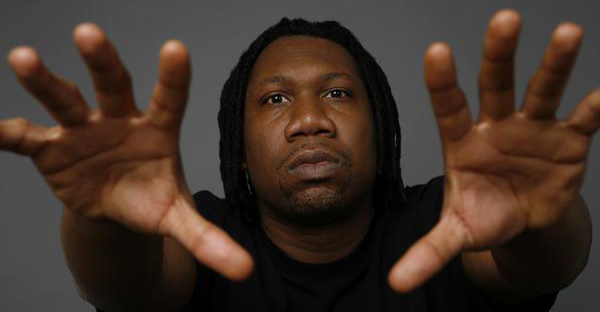 What this all comes down to is something that I've been meaning to write about for quite a while now, and this whole Canibus fiasco was just enough motivation I needed to finally write.

What happened to rap battles? They used to be amazing! Rappers would square off live on stage in front of a hyped crowd and literally just spit rhymes right off the top of the dome AND have a DJ spin instrumentals (and sometimes cut back and forth) while they were rhyming! How dope is that? Sometimes we would also see rappers throwing in words or entire rhymes about something that their opponent was wearing or how they looked, or possibly even mention items they would see in the crowd like someone's baseball cap.

All of the above mentioned is completely gone. One of the main things that is a huge turnoff for many hip hop fans, including myself, is the fact that it's not even a rap battle anymore, it's almost like poetry. You have two "rappers" standing there among dozens of people and they're just talking. Talking! They're not even on a stage, they're just there in a room with people huddled around them and they're trying to insult and make fun of their opponent by talking and making a few words rhyme. There's no timing, no music, no DJ, no style, and no flow whatsoever!

I'm sorry, but this is not a rap battle - far from it. This is just two people standing there talking to each other, waiting for a bunch of "ooohs" and "aaahs" from the people attending. Pathetic. If you really want to impress people and have a real battle, then re-read the "A Lost Era" section above.

I would really like to get the opinion of rappers like Rakim, KRS-One, or Supernatural and see what they think of all of this. It's one thing for this to go down with today's youth because they must have grown up thinking this is the way a rap battle works. If this is how they think, they are sadly mistaken. It may not be their fault but whether it is or not, the only way to get rid of this type of battling is to bring back REAL battling.
THESE ARE DOPE SAMPLE PACKS! http://bit.ly/2M5uCiv
5 Lessons I’ve Learned From Making Beats http://bit.ly/3c6XbHE
Akai MPC One: Will It Improve Your Workflow? https://www.illmuzik.com/threads/40326/

Battle Points: 168
beat this!
warzone
aotb
Love the article. I grew up, and was a part of the generation you speak of. In all my years of battling, I only lost 2, my first battle, in which I completely froze up and didn't even get an entire rhyme out. And my battle against K-Rino who already was a legend, who by the way, was battling me and 3 more cats at the same time...... at our own school! Not my finest moment for sure.

You are dead on with the poetry reading type battles that rule the day. The element of flow has all but completely vanished. The first time witnessed this tho, was with the emergence of Serious Jones. I don't really recall seeing it done in that way by so many before him. Not in Blaze Battles or Fight Klub, until Jones came along.

I disagree with you on one important point. Battles were not strictly non-written rhymes. Freestyle in the beginning never meant off the top of the head. It just meant that it was a rhyme talking about nothing in particular, a free flow, where people would just brag and use alot of metaphors, similes and imagery. There were no rules about" rapping about what you lived". Just the opposite. I think Super Nat ushered in the whole " a freestyle must be off the top of the head in a battle" thing. I was always of the opinion, do what you do. If you think you could win coming off the top, show me. Eminem usta be very good at both, but our fallen soldier Canibus, who was at his best for a 4 or 5 year stretch was one of the best battle rapper I ever heard, never spit a rhyme off the dome that was note worthy.


I'm not saying if all this is better or worse than the old days, it's just different and not something i would get into.

"I wanted to tell God that I don't deserve this, Was afraid that he'd tell me I deserve less"

Administrator
*** ill o.g. ***
Battle Points: 1
True, I forgot to mention that some battles were just rhyming, written or not. Mainly the thing that bugs me is that there's no music in today's battles. I just don't see the point.
THESE ARE DOPE SAMPLE PACKS! http://bit.ly/2M5uCiv
5 Lessons I’ve Learned From Making Beats http://bit.ly/3c6XbHE
Akai MPC One: Will It Improve Your Workflow? https://www.illmuzik.com/threads/40326/

Battle Points: 19
Yeah i think in a rap battle it should be forbidden to read your lyrics of a notepad. I've seen some battles and the hardest moments really are when the rappers use a verse that was thrown against him back @ the enemy's. That wont happen if your lyrics are written on a notepad because you can't know what your opponent is gonna say about you untill it's his time to dis you.

If you can than use that to dis him than pretty much you will make the crowd go wild. Dissing needs to be kinda freestylish i heard here in holland we had punch out battles. Where it's just basic without any beat just rap the rappers wil get 3-4 months time to get info on eachother and just start writing learning the lyrics than spit it out when the diss is happening. But still you are not allowed to just read it from a paper or whatsoever you gotta have that lyric in your head.

Once you start reading you will lose that contact not entirely but pretty much enough to make that diss boring for the crowd and laughable for your opponent it's even something your opponent can use against you if you have a skilled battle rapper as opponent.
You must log in or register to reply here.