it's really funny, this time corona actually did save my life. if u look closely the parts that were covered by mask are healthy. but my hands and all that... I look like a indian! and I mean the american version.

Yesterday at like 8am, I was gonna sleep after a long ass jam session with @Qwaint and @4dust then all the sudden my best friend hit me up, tellin me he's back from the north as they've been on a trip for the past week. I told him my pc is fixed and he said Dope, let's play wow. we started playin and we always had a rule in that game: GO EAST. whatever happens, whoever comes, when you're lost GO EAST. yesterday we tweaked that and before east, we tried to GO UP. that means whatever mountain or shit we found we climbed and that was a fuckin pain. he said yo I'm bored let's go out, I said cool, he like 8:45? I'm like right now. we ended up getting there at 8:45 anyways. went on a walk to my school cuz he ain't seen it before, he said where do u hang in the yard? I said we gotta go behind the school if u wanna see that, we did go there and found a park nearby, went in. found a big ass statue, went after it and got to it and hell it was ugly as fuck. then behind the statue we saw a manmade river, more like wastewater. hadi said Hey, this passes from my school too! I said so if we follow it we get to ur school? he like ye but where does this come from?


You guessed it, we looked for it like 2 crazy bastards. the more we went, the more endless it seemed. we ended up in a desertish place that was actually a place the gov was building, so the police came after us. you probably know the bombings in tehran recently, that had never happened before but now things are kinda panicky for the government. the officer looked worried, but you SHOULD'VE seen him face when we said "We're just lookin for the source" he shoo'ed us like birds. one thing we realized was that we were actually going to the east the whole way, so after another hour we ended up next to milad tower, wha was the other rule? GO UP! we wen't into Milad tower! then of course we didn't afford to get to the high part but still... that's the tallest thing in Iran really. then we went to the bus and took a wrong one, so ended up in the Other tehran tower! literally, the god was making us have fun lol. we ate next to Azadi Square and walked back home like fuckin zombies and rap battled the whole way. Really awesome day.

today though, I woke up to half of my face and the non-sleeve parts of my arms being red as fuck. it's fucking torture, really.
https://www.youtube.com/watch?v=ZeUk1eNkjUs My Orchestral Stuff.

Administrator
*** illest o.g. ***
Battle Points: 1
I'm am NEVER going on a field trip with you. Not happening! 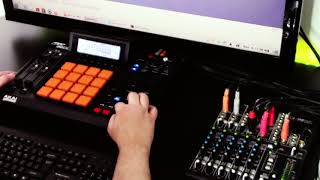