Let's start with the definition of mixing - a process in which multi-tracked material is balanced, treated and combined into most commonly a two channel stereo track or simply a musical presentation of emotions, creative ideas and performance. The idea of a mix is to get the best sound possible before mastering.

Though it doesn't take a lot experience or knowledge to recognize a bad mix, it does take a decent ear to create a good mix. Believe it or not, most of us have had a lot of training on what a good mix is from years of listening to professional CD's. Yes professional CD's have also been mastered but the mix is usually the greater part of what you hear. A mixing engineer's job is to create the final mix. Everything should be balanced in terms of vocals and the beat. All the frequencies should be correct while also adding effects like panning, reverb and so on.

Common Examples Of A Bad Mix

Key Aspects Of A Good Mix

First, we must understand that a good mix is really a subjective matter of opinion. This means that there aren't any set rules on what tools to use or not use, it's more about how you use them. The perfect situation would be able to create a good mix without any help from processors, however, this almost never happens. Every mix can and will be different but should stay within the borders of sounding good.

Preparing For Mixing and Using Presets

Once again there is no set rule for this other than the outcome must be good. You should only use the tools required to obtain that goal. Different genres will usually require different tools. In Hip Hop, one of the most common processors used will be an EQ and a Compressor. Some of the more common effects used will be Panning, Reverb/Echo, and Distortion. A mix engineer will listen to the beat and then determine what tools he will need.

Presets are just what the name implies, they are settings made before you start. Presets will get you in the ballpark but that's usually as far as they go. The mix engineer will want to smash it out of the park. So presets should only be used as a reference starting point to whatever you're applying them on. Most mix engineers will have their own presets saved and know right where they want to go with them.

By the time the mix engineer gets to this stage, they will have a pretty good idea of what needs to be done. They will do a little experimenting during this process but the general concept has already been thought out. Most will start with the drums and then the bass and most will try to mix everything in mono. Usually they will test each drum sound and decide whether or not if it needs to be in stereo or not. This will help prevent any phasing issues later. Phasing can be one of your biggest problems here, and it will show up mostly on your bottom end. For example, you don't want your bass line to clash with your kick and cause frequency cancellation issues. But remember, this can happen throughout the entire range of the song, some cancellation can't be avoided but a mix engineer will try to minimize this as much as possible. The idea is to have everything balanced as well as possible during this process.

We have a natural tendency to hear what we want to hear after hearing something repetitively so this must be avoided.

This process is also where you need to be in the right atmosphere. Good monitors and a sound treated room will be 2 of the most important factors during this process. You must have good monitors that will translate the characteristics of your music very accurately. You also need to be in an environment that won't play tricks on your ears. If you don't have these conditions, you will have to rely on luck, and a lot of it! The best rule of thumb I can give is to never totally rely on luck, but don't get me wrong, the next best option is to use whatever you have. Just understand that the mixing process is just that important.

This is basically where you wrap everything up. You want to approach this stage on fresh ears and take a listen to your work. You shouldn't have to make any major changes at this stage on minute touches here and there at most. If you do find yourself making a major change, it would probably be a good idea to repeat one more final mixing stage but most professional mixers will be on point at the final mix and only make subtle changes if any. All of the goals we mentioned at the start should be in place. Your beat/song should be ready for submission to a mastering engineer.

Mixing is all about getting your track prepared for mastering. Your track should sound as good as possible and reflect the theme and performance of the track. Think of it as a photograph of art. The main object should be perfectly clear and its surrounding objects a touch out of focus bringing your attention to what the track is portraying. It's always best to have someone else mix your track, preferably a professional mixing engineer.
Last edited by a moderator: Jan 15, 2016

Battle Points: 159
war
aotb!
I could use more tips or mixing everything seems so dead when I do anything...good article I think it will always be needed.
SoundCloud: https://soundcloud.com/hgt_beatz
Facebook: https://www.facebook.com/micaylh
You must log in or register to reply here. 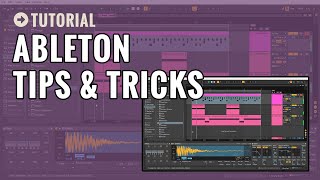