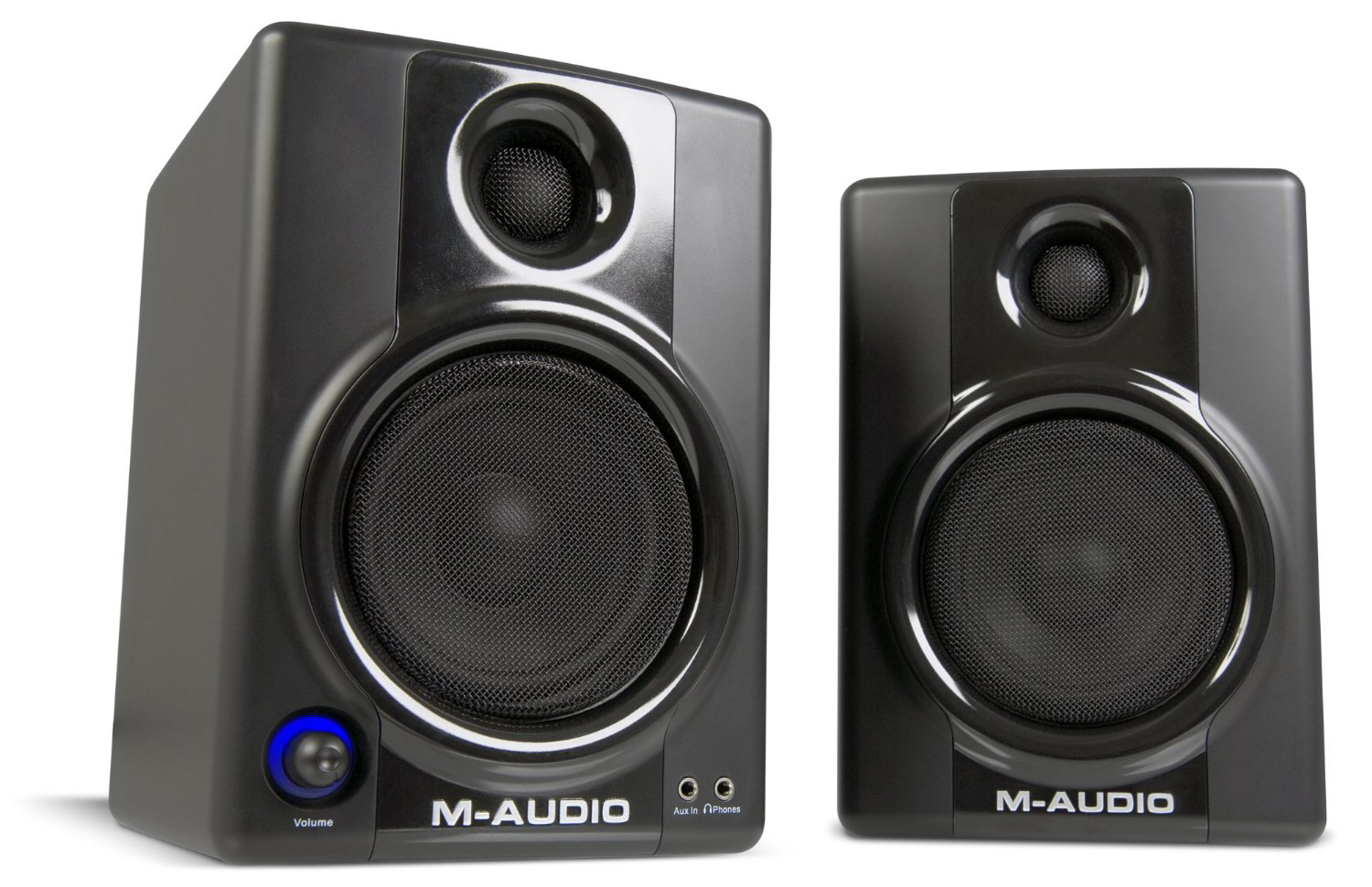 The main difference between "Speakers" and "Monitors" is that one tries to provide you with the best possible sound and the other tries to provide the most accurate sound. At a glance, you would think that the best way to find the difference would be in their frequency responses. This is so far from the truth that it's almost amazing. Let me explain...

The most important determinant of a speaker's frequency performance is not its width or range, but whether it's capable of reproducing all the audible frequencies at the same volume at which they were recorded. You don't want the speaker to change the "mix" of tones; that would ruin the timbre of voices and instruments, making them sound unnatural. Ideally, you want the sounds that are on the recording to be reproduced as they were recorded, without the speaker changing the sound. To put it another way: if you made a recording of all the audible tones at the same volume and played that recording through a speaker, you'd want all the audible tones to come out at the same volume. In fact, that's one way of measuring speakers. A signal that's comprised of all frequencies at equal volume is fed into a speaker that sits in a room with no reflective surfaces. A calibrated microphone is placed in front of the speaker and feeds the speaker's output into a machine that plots the frequency vs. amplitude as shown in Figure A. 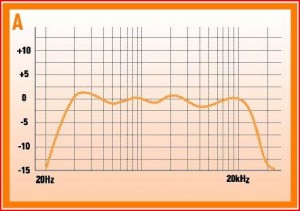 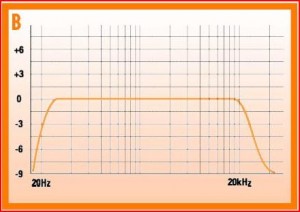 Now take a look at the graph in Figure B. That's the frequency response of a perfectly flat monitor. The flat line on the graph indicates that the speaker is "flat"; it reproduces all the musically relevant tones at the same volume. That doesn't mean that a "flat" speaker will play all recorded sounds at the same volume -- it simply means that it will treat all sounds equally; it won't impose its will on the music but will allow you to hear the music as it was recorded. Flat is good. Flat response means that the speaker reproduces sound accurately. Too bad there isn't a monitor that can reproduce a perfectly flat signal, it just doesn't exist. Today's technologies allow speaker designers to get closer to the "flat" ideal than ever before, but they still fall far short of "perfection." So if a frequency range spec is not adequate, what is?

In comes the amplitude tolerance, expressed as "+/- 3dB." This tells you that the amplitude of the speaker's response relative to frequency does not deviate more than 3 Decibels from the center line. The "plus or minus 3dB" spec is regarded as a standard of sorts. The theory is that 3dB differences are "just perceptible," so a speaker whose response curve lies within that tolerance window is a reasonably accurate speaker, which is not totally true either. To make things even tougher, the human ear, by nature, doesn't hear certain frequencies at the same volumes.

In conclusion, the best possible solution is to look for a monitoring system with the largest audible frequency response range and the smallest amplitude tolerance at the right price for you.

Nicely written up. I find myself getting frustrated as all shit-out trying to explain the difference between flat response speakers/headphones and high quality speakers to people who can't wrap their heads around it. One audio site I went to, the reviews had the AKG 240's and the Sony 7506's listed as 3/5 stars because they were "...clear, but weak bass." I need to start sending this link to ignorant people.
You must log in or register to reply here.