What Are You Fussy About In Music?

In Shoutbox @Iron Keys said he is fussy about Rap, I'll admit that I've always been discerning about many things especially music, as it is a form of communication and not everyone wants a deep relationship with it. I'll keep it real and say that the obvious unpracticed nature of today's new (c)rappers is why I don't give what floats in the mainstream my time, though truthfully every era of music had its duds, and many times it was from artists that were later deemed legendary.

Insane thing is rap has historically been a singles genre, so it shouldn't surprise anyone that many in the current generation can't put together a musically cohesive body of work that an album used to represent to capture a moment in the artist's time. I also think shortening of attention span kills the challenge of making and listening to an album.

I'm fussy about from a rapper perspective:

From an untrained singer perspective:

I still have the attention span to listen to an album but were I a pro artist I wouldn't create any, period.
Last edited: Nov 16, 2020
We have to continue to celebrate and critique, to be on watch and be critical. Black music culture is a clock, a map, and a bloodline." William Banfield

OGBama said:
I also think shortening of attention span kills the challenge of making and listening to an album.
Click to expand...

I think streaming and individual song downloads is what mostly killed the album tbh.

The thing I think people will miss out on the most as a result, is the 'album track', one of those songs you kinda skip past the first month of listening, then after the first month you kinda get a bit tired of those 'grab-you-immediately' tracks and the song you usedto skip past becomes your favourite.

I don't think many will return to albums to kinda re-experience those songs and discover new faves, due to the disposability of music now as when you get bored of those songs you can just go searching for new 'what hits you immediately' ... immediately.


Society has changed how it consumes music, so how music is made has to change (but this can mean change how it's made in a way to encourage how it's consumed)
You must log in or register to reply here. 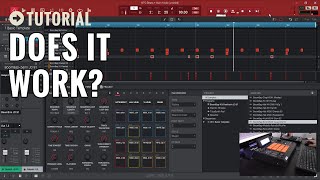