Tutorials 4 Ways Any Beatmaker Can End Their Beat

Beatmaking is always evolving. Sure, making a beat can be very simple and quick for some, but that's if you want to continue doing the norm and not challenge yourself to do something new, or possibly change the entire beatmaking game.

However, one thing that remains constant with beats is how they're presented. I'm going to show you four ways you can properly end your beat, because the end is just as important as the beginning.

The fade-out truly is a classic. I know that since it's so standard that beatmakers and producers are just used to doing it, but there's a reason for actually fading out a beat.

Some may say that by fading out the beat it's your way of telling the listener "Ok, this beat is done, the next one is coming up in a few seconds", but it's also just a very smooth way to end the beat, especially if it's laid back.

Now, if you have a hard-hitting beat, the last thing you want to do is end it by fading it out. However, if your beat is smooth, then the fade-out is appropriate.

A lot of people fail to realize that you don't just fade out any type of beat. If you're not sure, then just ask yourself how you started the beat. A hard-hitting beat doesn't fade IN, so why should it fade OUT?

When using these effects to end your beat, you must first ask yourself if this particular beat would sound good with them. I would recommend that if your beat is hard then these effects will work, but it's very possible that it will also work on a smooth beat too.

So how do you do it?

The delay part is not difficult at all. Simply add the delay to something such as the last note and it will sound dope.

It's the reverb that you have to be careful with.

This is because you have to remember that you might have already added reverb to an instrument in your beat, or to your overall mix (along with other effects), so you have to using it sparingly but it also has to sound good.

Basically, what you're trying to accomplish is to have the end of your beat sound "trippy". Imagine your beat playing and at the very end, and the last note delays out with reverb on it. That would be very unexpected.

For the reverb, just go by ear because as I mentioned, you don't want it to overload your master output and put you in the red. Just make it sound dope. And trippy.

There have been plenty of times where people have sent me beats and they just end it suddenly. That's okay, but most of the time it's because they were too lazy to end the beat properly. There is nothing wrong with ending the beat this way but there's a certain kind of abrupt that I'm talking about.

Let's say your beat is telling a story. Your drums are banging and you have nice lead on the hook, but now it's time to end the beat.

So how do you do it?

I recommend you end it like as if there are vocals over your beat. Think about a song that you like where they did that, and there was a rapper flowing over the beat but then as his verse ended, so did the entire track. That's how your beat should end.

So it's like your beat is telling a story and it's time to end the story quickly. This could work for many styles of beats, but I think it's more appropriate for faster beats. Think about it - the beat is hard, it's fast, and the listener is bobbing their head and then it just ends suddenly.

Many times I put talking from movies over my beats and it makes a world of difference. Instead of just a beat, by adding a movie sample on top it makes the beat sound a lot better.

So why not end it with talking from a movie too?

I guarantee you that this will always make the beat sound better, but it also helps if you have talking snippets throughout the beat as well. Otherwise you would have a beat instrumental then all of a sudden at the end you have talking to fade it out. That's okay but it's not ideal.

If you want to pull this off then all you need to do is stop the drums and maybe have just the bass (or whatever other instrument) playing or fading out, and at the same time there's talking from a movie. Right there your beat just went up a few points. Congratulations.

Often times I listen to the end of a beat to see how the beatmaker did it because if it's a good ending then it tells me that person took care of their beat.

Even when I'm judging for some of the various beat battles here at IllMuzik, the ending is important. So if the ending is just as important than the beginning, then why aren't more beatmakers taking care of it?

It's time to elevate.

Battle Points: 55
bthis!
aotb!
Great article, I know these tips will help me out

Battle Points: 1
Hell yeah, Fade! You've touched on some great points for ending your beats.. I myself use 3 out of the 4 that you mention.. Great article, bruh!!

Part2 said:
Hell yeah, Fade! You've touched on some great points for ending your beats.. I myself use 3 out of the 4 that you mention.. Great article, bruh!!
Click to expand...

Nice! Glad you liked it.

Never thought about putting movie audio clips in my beats. I always hear it but just never crossed my mind lol.
If you can't afford it, change the rules.

Battle Points: 11
I usually don't add endings if the near could go multiple ways, but I see now that I should start. I once ended a beat by catching the first two notes of the main sequence, cutting to silence after, and fading that loop. I loved it.

Battle Points: 76
war
Yes I have been putting movies to my beats for some time now. It makes people listen. I always find classics like “They Like” love the line where he says I came here to kick ass and chew bubblegum and I’m all out of bubble gum.

Before live shows when I used to play bass we would do just that and Pulp Fiction was our movie of choice. Tanks for the article.
You must log in or register to reply here. 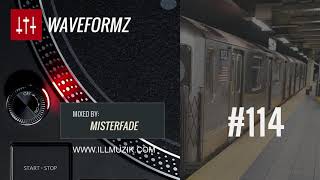