"The only thing that stands between you and your goal is the bullshit story you keep telling yourself of why you can't have it".- Jordan Belfort

Battle Points: 550
bthis!
war
bfights!
aotb!
biu!
Please support my work by subscribing to my channel. I will follow you back 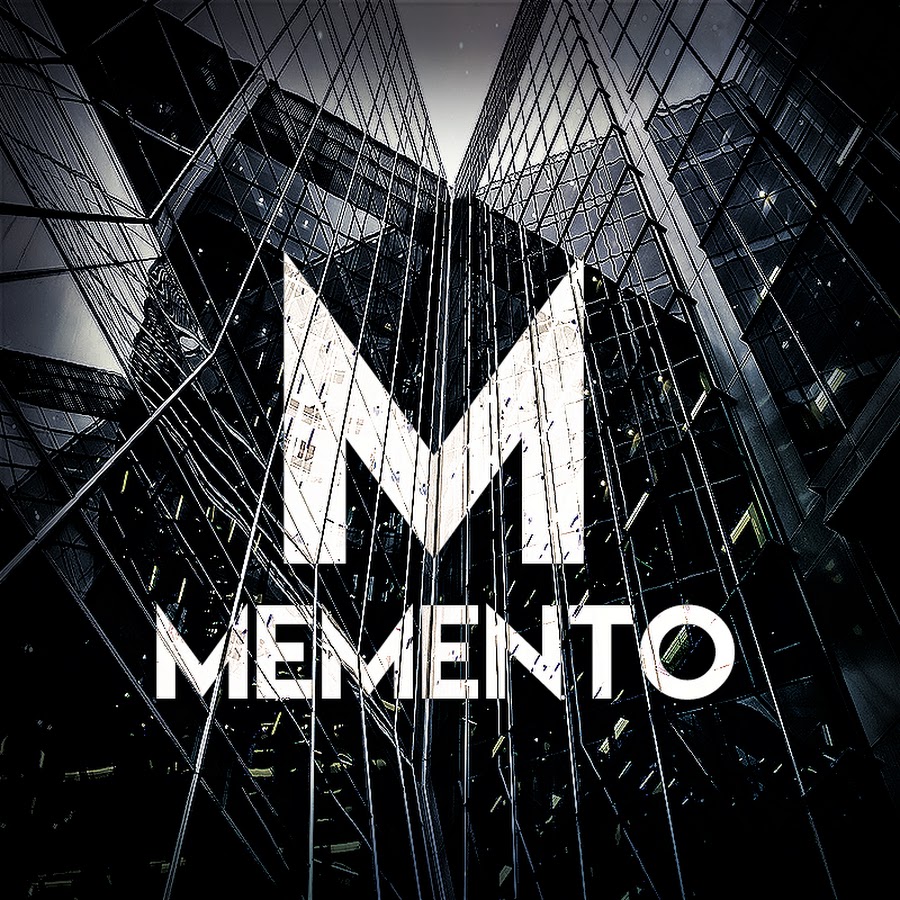 www.youtube.com
"The only thing that stands between you and your goal is the bullshit story you keep telling yourself of why you can't have it".- Jordan Belfort

really like the pitch shifting on the hi hats, might have to steal that one hahaha, j/k. Im not on the trap tip at the minute, the one I posted here was something I barely started ages ago, being as Im back to work Im scraping the barrel here lmao.
I like the feel of the beat, its not what Id typically call what Ive come to know as a Memento beat. Nice work. PS, I cannot reply on FB for about another 29 days, Im banned again for calling a cunt a cunt.


prodbeto said:
It's the second beat I'd published and I had some fun. Still trying to find "my style"
Hope you guys like it. Any comments are welcomed

wasnt sure what to expect or where it was going at first, but once the drums dropped it sounded dope. The variation keeps things interesting. Nice work, plenty of room for the emcee. Welcome to ill.


Crispifier said:
so here's what i came up with this week after listening to shittons of Japanese Math Rock xD

My first thoughts are Im not sure if I like the drum pattern or not, I like it because its different, but at the same time Im in two minds whether the pattern works for me. Second time around and I still cant decide, the off beat snares would work for something like dancehall, but just cant decide if it works for hip hop, the drums work for the hook I have to say that. Ive decided Im not going to tell you to change them, just keep doing you, they sound fresh and different, thats not a bad thing. I enjoyed listening to it twice.

As usual its dope. Takes me back to the late 90's to late 2000's, has a good crossover between the rap and the rnb. Some aspects of the percussion are reminding me of Timbaland for sound choice. Takes me back to the neo soul days, and around the time Kelis was big, I used to make loads of mixtapes with just this type of music, not too hard and not too soft, music you can bounce to without falling asleep like with a real slow jam, I never really did slow jams. Keep grinding man, I like it.

I really like this one, from the start the atmosphere is great, throw some kung fu film samples in there and call it a wrap.
Im thinking more Wu Tang than west coast personally. Just the feeling it gives me, really do like the feel of the track, it has a gutter feel to it, dope.

First thing I would like to say is that its about fucking time, waited a long time to hear this.

What Im going to say is purely constructive as Im really glad you have finally got around to doing your thing and would like to see you do more of it, and be the best you can be, this is just my opinion from experience, its one opinion of many so take it with a pinch of salt.

Firstly I think you could add a little more energy to the delivery, emphasising words on the snare hits for example, and getting a little hype with it, I want to feel like you really mean what you are saying, and I think the flow could be a little tighter, I felt like it was a bit loose.
The vocal could be a little louder in the mix IMO too, more upfront. A more energetic delivery with some emotion could raise it up enough. But being as this is your first showcase I wouldnt worry too much about mixing vocals right now.
Everything I said here is to be expected considering its your first showcase, but at the same time, Ive heard people that have rapped for years sound a lot worse. Cant wait to hear the next one now, but please consider what I have said, I think it will help.

Machine Gun Kelly beat. I think the main snare could have a little bit more variation, especially at the end of each 8 bars. The bass is over doing it a bit too, too much distortion.

On the mix side of things I think the vocal is too far back in the mix and should be more upfront. The vocal also sounds a bit dry, and like I said to OGBama, I would like to feel like you really mean what you are saying, inject some energy into it, get me excited about what you are saying, thats just what I personally like to hear in a rap, one of my all time favorite rappers is AG, I like when he raps with energy and dont like when he doesnt. The beat is dope, it doesnt feel like its lacking anything to me, good work.
Last edited: Jul 9, 2020
Im here to smoke weed and kick ass, and Im all out of weed.

Thanks @2GooD Productions and I recorded w/nothing but GarageBand iOS (using it solely for vocals only) and ATH-M50x headphones and when I did that take I didn't want the instrumental to be too loud (I used to have euch tube dysfunction at one point) and I'll take what you stated into consideration when I record again soon, as I'm not on that "everyone is a hater" shit as it's immature.

I recorded that take w/o sounding like I was reading from anything as I memorized it 3-4 times before ever recording. My personal goal is to do it more and be the best (which is subjective, but it's about being the best for me) as I love Hip Hop and always want(ed) to live it my way.
Last edited: Jul 9, 2020
"Be prolific, not perfect." Natasha Rothwell
K

What type of artist/genre would you consider this for?

What type of artist/genre would you consider this for?
Click to expand...

What type of artist/genre would you consider this for?
Click to expand...

Battle Points: 25
Sorry for not replying was kinda in a hurry my post got deleted so ill just give some suggestions and opinions.

This one has that guitar vibe pretty energetic.

Khaly Beatz said:
Great Job on both projects. I just think more work needs to be done on the mix of the first one
Click to expand...

Yeah you are right i think presonally no track is ever finished with music haha.

You can make them good basslines in your beats man interresting. Chill vibe beat that hit and run they both good but i like hit and run more that 90s vibe to it a bit oldskool beats.
Could you explain how to make suchs baseline like you did in twinkly trap? Share some wisdom.

joemonco said:
@prodbeto lots of potential in this beat, feel like it need more layer/elements to it. Fill out the mids a bit more.

@EsquireMusic111 is that you on the vocals?? really good stuff. rap,singing and instrumental were all on point. mad track!

@Khaly Beatz the snares were to loud for me on that 1st beat, was liking the guitarchopping in the 2nd track but when the 808 comes in its super distorted.

@OGBama big props for posting your rap, refreshing to hear a different flow.
following your lead, heres a rap and beat ive been sittibg on for a while cause i can never get the mastering right. tried again today.. lets see , any feedback is greatly appreciated!

LAB-01 said:
@joemonco Really interesting beat. I like the differentiation. I don't know much about mastering, but it sounds good in my headphones. Is this you rapping? I like your flow. It reminds me of Roots Manuva from Great Britain.

So this is my first post on this forum and the first time i've ever let anyone besides friends listen to my music. I grew up on 90s and 00s hip-hop, so i' all about sampling. Please be kind! Acapella is from Cella Dwellas.

Really dig this man! Everything about it screams old school rap.

Chad said:
I like the second beat “Hit N Run” as I think the sample works pretty well with the ke and synth that you added to the beat. Good job
For the second one I don’t listen to Machine Gun Kelly enough to know what the beats that he uses sound like but I like the beat. It was also mixed and structured really well
Here are my two beats this week:

I played the nylon string guitar that you hear during the hook on this, but the rest is a sample and synths

This is all sample and synths

I really love the sound of the first one. I see what you were trying to do with drums on that one, the structure and drum patterns is there I just feel like you need to bring the drums abit more on the high end otherwise and try to get that 808 just to hit abit harder. Really love it though great job

Here is my most recent beat upload. Give me some feedback

I really really like that melody you have going there and I think you have the flow of the beat down quite well. Quality cook ups overall!

Battle Points: 8
@Khaly Beatz "lil mosey type" the good: drums think its a decent rythmn it works well, fan of the claps, hats are simple but do their job the not so good: hmm think the 808 is far too distorted, and that melody is too repetetive Things to work on: melody composition and not distorting the hell out of the 808's to sum up: you definitly have it in you to make some bangers this however in my opinion is not one of them unfortunately :/

@TjombaBeats this is really awesome i really like the sound of that synth/sample ? playing the main melody and that kick is just dunno how to describe it...hmm really heavy ? like it a lot, sounds just off time enough to give it an awesome groove favorite part is the 1 min mark were that drone bass comes in. super smooth track enjoyed it a lot good job

@OGBama something about your tone and flow reminds me of the lady who raps in fugees but more slowed down and trippy, the lyrics are really good would like to hear more variation (to use a note term "velocity") in which words you emphasize other than that enjoyed it a lot you definitly have a talent for writing
Last edited: Jul 12, 2020

@Memento Beats ,this track is fire...your sound quality is dope and your music arrangement really smooth..you must win a lot of contests here...
Last edited: Jul 12, 2020 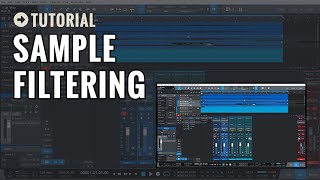