With what exactly? If you have to ask me that question then you must be either blind, deaf, dumb, or all of those combined. If that's the case then I should call you DJ Helen Keller. Hip Hop music is at an all-time high of oversaturation and it doesn't look like it's going to end anywhere in the near future, so what can we do?

Stop Buying & Listening To 95% Of The Music

Out of all the Hip Hop music that is released almost daily, probably about 5% of that is actually worth listening to. For anyone that knows me, they'll immediately say, "Yo Fade, all you listen to is 90's shit", when in fact you're wrong. I do listen to a lot of 90's Hip Hop but I always try my best to take a listen to today's music and get a pulse on what's happening. And what's happening is that the music just sucks.

There are some really good artists out there that are making some good music but they're still nothing "great". There's a big difference in being "good" versus "great" and I think that out of that 5%, there's no one "great".

With that being said, the reason why 95% of the music is garbage is because there's just too much of it! The same can be said for Hollywood movies, video games, and TV shows. There's no variety and it's all the same stuff that's being released all of the time, or even remade. Look at some these Rap songs that end up using the same samples over and over again. Funky Drummer, Skull Snaps, and many others are classic samples but those samples have run their course.

This is true because as I mentioned, there's so many artists releasing so much stuff that eventually everyone runs out of ideas and it's the music that suffers. I can remember a time when almost every single song that came out was a hit. Yes, there was a lot of crap music being released in the 1980's and 1990's, but not on the level that we see today.

When it comes to Rap singles that were pretty much instant hits, there was Big Daddy Kane with "Raw":


It almost seems like today's music is rushed either by the labels or by the artists themselves because what they're putting out is just not even close to being on the level of Big Daddy Kane or Ice-T.


What is that? I know everyone is freaking out about Kendrick, but honestly, I'm not impressed. How did we go from Kane's "Raw" to a depressing song called "Swimming Pools"?

I know that ALL music has its ups and downs and goes through phases, but it seems that Hip Hop has been stuck in a wack phase for quite a long time. When will the next big artist come out and change the game? I understand that the music of today is drastically different than yesteryear, but how did it get this way? Once again, it's over-saturation.

What has happened is that there's so much music to listen to that the artists decide to incorporate a bit of everything into their sound, which greatly diminishes their final product. Why? Because they try everything. Try. They try different things until one of them sticks and they become popular, whereas years ago artists were just putting out music, period. There were some that changed things up a bit but it wasn't so widespread.

The artists we have today are only out for two things: money and fame. It's like a boxer that struggles for years trying to be the best fighter on the planet, so then he gets a title shot, wins, gets lots of money and forgets where he came from. He's now living in a mansion instead of a small apartment and he slacks on his training so he's not as good as he used to be.

What happens at this point is the next time he steps into the ring, he gets his ass handed to him by another boxer that is in the same situation he was in before he got the money and fame.

The same thing applies to Hip Hop because that's exactly what's happened to almost all of those dope artists from the 90's. Most of the ones that are still around suck now. Take a look at Fat Joe. He used to be rough on the mic and he was a very dominant rapper in the 90's:


I don't even need to say anything, those two videos speak for themselves.

So Who's To Blame?

Everyone. Music labels, managers, rappers, producers, engineers, radio stations, and the consumer. The biggest contributor to the over-saturation of today's Hip Hop music is YOU, the consumer. The record labels are the ones pushing out the insane amount of product, but it's the consumer that's eating it up. If people stopped listening and buying all this terrible music, then hopefully the labels and artists would be forced to change things up and put out good music again (which would probably never happen).

The reason why everyone is to blame though is because everyone got greedy. Back in the early 1990's, Biz Markie had to go to court over samples that he failed to clear on his single, "Alone Again":


I believe that this was the beginning of the downfall of Hip Hop music because it was showing everyone that if you sample something and don't clear it, you could be in a lot of trouble. Hip Hop was born on sampling and it didn't seem to bother anyone back then, so what happened? Labels, lawyers, and artists saw that Rap music was making lots of money so they wanted in on it - in other words, greed.

What we have now is a very watered down version of Hip Hop music that I once loved and would freak out over when I heard a new single from my favorite artist, or heard that a new album was coming out soon. Because of the fact that sampling is almost outlawed in the music industry, producers were forced to turn to non-sampled beats, which just don't fit properly in the Rap world.

Rappers can spit on almost any form of music and it will sound good, but when it comes to making beats, sampling is essential in Hip Hop. There are some beats that have no samples at all and they sound really good, but they're in that 5% category that I mentioned earlier. The rest are failed attempts at recreating an era that has come and gone, never to return.

Since producers were forced to make music without sampling, it became too easy to make beats because everyone was able to just tap a few keys, loop it, add drums and call it a day. The recording gear that we have today, along with all the ready-made sound packs, make producing too easy for anyone, especially beginners. This is why it's over-saturated - from the producers to the rappers, there's just too many people trying to make beats, rap and be an "artist" because they see it as something that is easy to do.

Along with the endless amount of blogs that glorify artists such as Kanye and Jay Z, up and coming Hip Hop producers and rappers are too eager to make music and become the next big thing. I blame everyone in the music industry, the media, and the music consumer themselves for over-saturating the industry and forcing the once amazing world of Hip Hop into a small corner that they have to fight their way out of.

The only way that we can change all of this is if artists start making music simply because they want to make music, not for money. If your music is decent, good, or even great, the money and fame will come with it - but don't be that boxer.
Last edited: Jan 16, 2016

*** ill o.g. ***
Battle Points: 7
cant agree more, good comparisons. I'd probably add in a couple more factors : money...you can't talk about the struggle when you're "balling" - or at least not relate to it as closely. rap used to be about the hardship of life, now it's all talking about how great their life is cuz they have mad cash n mad woman, etc...It's backwards.

​
Your Guide to a Home Recording Studio | Record and Produce​

Battle Points: 128
bthis!
war
aotb!
Well alot of this is just a matter of opinion and difference in taste. You say 95% of new music is garbage like its the major sentiment among Music listeners and based in facts. The generational divide in Hip Hop is new because the Genre is still relatively young. Rock music has had quite a few guard changes. Going from Elvis and his teddy bear jail house rock to Pink Floyds sprawling psychedelic fueled version. that gave way to punk then came hair metal tight pants and big hair.
generations change and what is hip wont be tomorrow.
its funny how we tolerate peoples difference taste when talking about food or what they drink but some how music is different.
Can you imagine if some one was like " Hey you why are you buying pepsi? Coke is the classic all that Dr. pepsi beer is garbage"
shit i cant eat a well done steak but I see people eat it all the time. people can like different things its ok.
Shit some dudes dont like vagina. I dont get that one at all. I think its pretty choice. But some dont like it. But still I choose to not suck dick. why? because it sounds like it sucks dick lmao
https://soundcloud.com/tomkillsjerry/hercules

An old VCR in TerrorVision

Like your writing style; hope there is more coming
Last edited: Dec 17, 2018
This avatar is deliberately stupid

Battle Points: 3
lol-i feel sorry that Kendrick got it in the neck! Personally i put him in the good category-potentially more. However!! I never got Drake-i personally feel that he is complete, and utter, sheeeiiiiite. There i got that off my chest. I watched the Donald Glover Breakfast Club interview this morning for the first time and was shocked to hear that he felt Hip Hop was created so that young black men could get paid... I want to cry. It's an art form. Generally speaking people don't get into the practice of producing art with the ultimate goal of making money. Like you say, people need to make it because they want to, and not try to imitate what is likely to be successful with a view to becoming popular and rich. kids these days though-shorter attention spans-music on tap-instragram persona is as important as the prose of your lyrics or the flow of your rap...kill me now!
Spotify
Soundcloud
(def_by_misadventure)
You must log in or register to reply here. 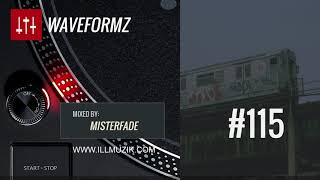