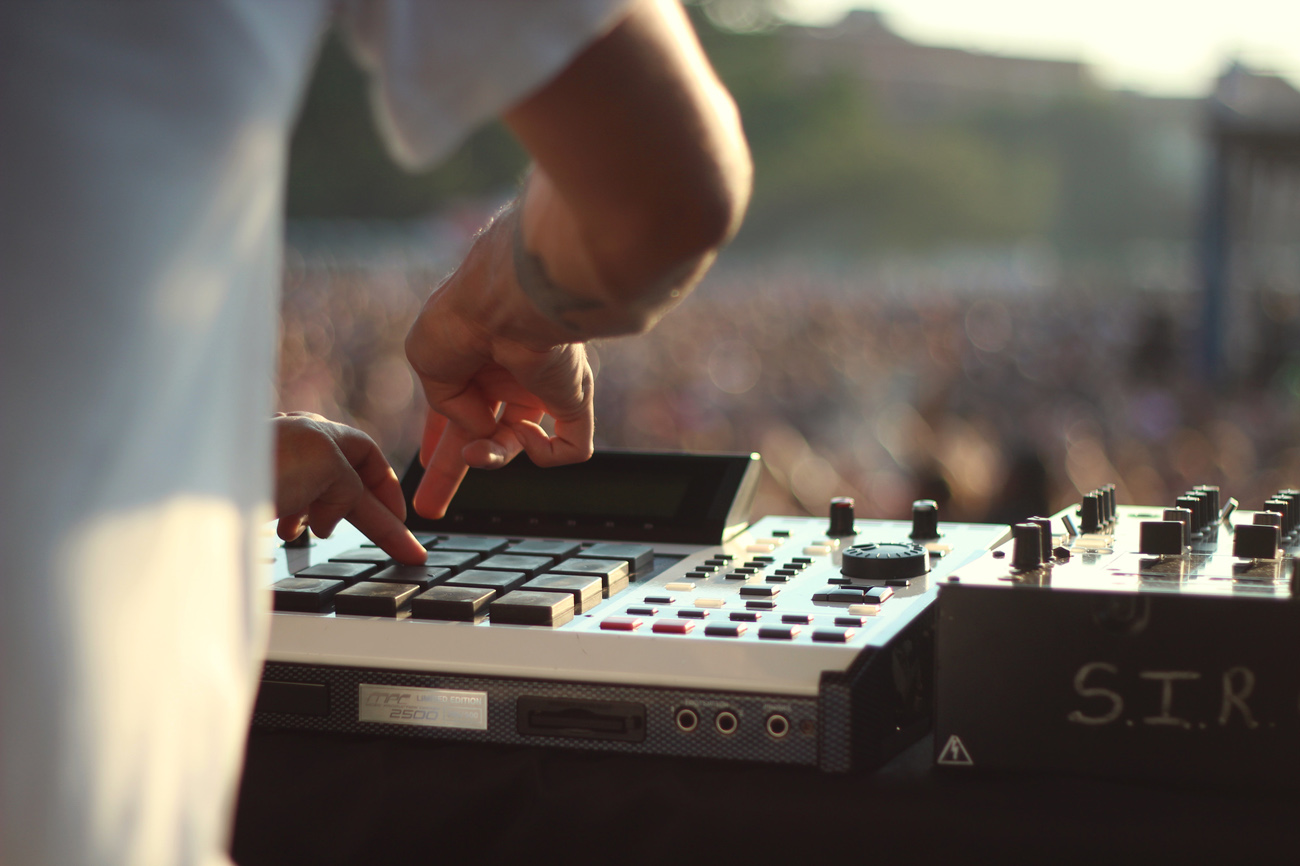 There are plenty of tutorials about music production that are very good, but sometimes it's best to read about something aimed more at Hip Hop. In this article, I offer 5 tips that you can start using in your own productions, from sampling, to using filters, and more. Whether you're making beats or working on a full fledged production, these tips are sure to help you out. Here we go...

When Hip Hop was at its peak throughout the 1990's, most of the head nodding production was due to the fact that pretty much all the beats contained many samples. Hip Hop was started by using other peoples' music with deejays spinning breaks back and forth, so it was only fitting that making use of breakbeats transitioned over to production.

If you take a listen to any track from the 90's, you will hear some samples that were used numerous times by various artists, and also very obscure samples that people today are still trying to figure out.

However, as Hip Hop grew and became insanely popular, money played a big part and thus record labels wanted producers to shy away from samples and focus on synthesizer-based beats. This is why 90% of the beats today contain synths of some sort, but that's exactly why you should start using samples in your own productions.

I guarantee that if you use samples to create your beats, those beats will be awesome.

It's a fact that sample-based beats just sound better than synth-based. You can debate this all day but even though there are some synth beats that sound great, Hip Hop sounds much better when samples are involved.

It really doesn't matter where you get your samples from, just as long as it sounds good because your beat is only going to be as good as the samples it's based upon.

Probably the biggest difference between producers and beatmakers today versus those of yesteryear, is that today's producers have limited knowledge of music. What I mean is that most don't know about music from the 1960's to the 1980's because they didn't live it and weren't even born yet.

I'm not saying that you need to know who The Moody Blues are or what an 8-track cassette looks like, but you should just know music, period.

When producers years ago would sit down to create something, they had a tons of musical knowledge in their head because of years of listening to all sorts of music. With today's producers, it's completely different. They are influenced by video games, movies, and current music that is nowhere near the same level as older music before their generation.

This is why it's important to have a deep understanding of music as a whole, and digging through vinyl will open up your musical tastes real fast. I know it can be hard to find vinyl record stores nowadays, but there are still some around, plus you can always find garage sales and second hand stores that have something for you to dig through.

You never know what you will find - from a Kenny Rogers LP to a record with some guy on the cover dressed in a clown suit.

As you start to dig through, you will eventually find something that looks good enough to sample or even just listen to for inspiration (a guy on the cover with a giant afro is always best). Eventually you will start to find some great samples, loops, and breaks. 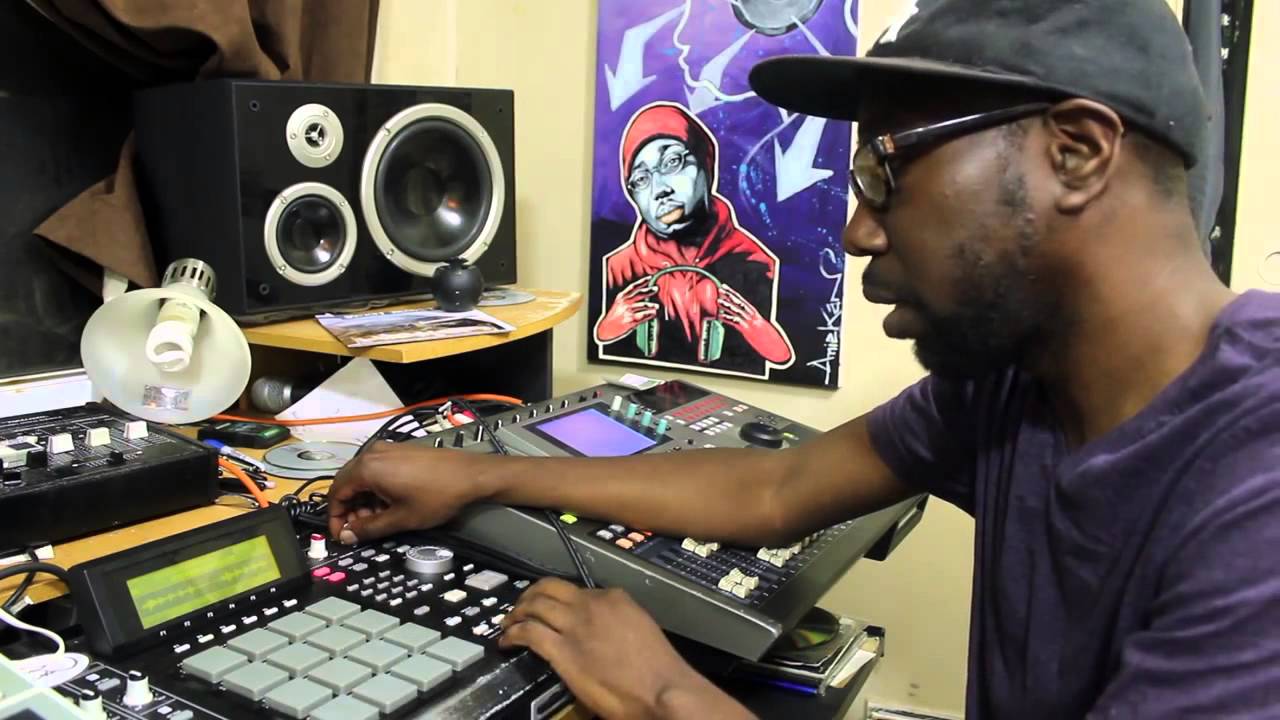 3. Do What Comes Natural

I have listened to a lot of beats and reviewed many too (Attack of the Beats!) and one thing I notice is a lot of beats sound the same. Usually, the ones I pick as my favorite have something different than the others and always stand out. This is because that person did whatever they wanted and tried something new so as to not sound the same as everyone else.

When you listen to beats from big name artists, you have to wonder what sets them apart from everyone else. Someone like Dr. Dre, Kanye, Pete Rock, etc. - all these guys have their own style and in fact it's OTHER producers that are trying to sound like THEM!

I've tried many times in the past when I was starting out to sound like someone else. I would hear a certain producer that did something with their beats and I thought it sounded dope so I tried to emulate that. Guess what? It didn't work for me. Instead, I just produced beats. That's it.

What ended up happening was I quickly developed my own style. Some call it "horrorcore" (I still don't believe that's a style), but I don't call it anything. They're just my beats and that's just my style. I'm not trying to copy anyone else or to emulate anything I hear. I have a certain type of sound that I always sample, and even if I tried to make something different, I would always end up with my typical style of beat anyway. It's just the way my brain works, I guess!

You don't want to sound like others because then how else would you stand out? And if you're trying to sell beats, why should anyone buy your beats versus someone else that sounds just like you?

Do your own style.

4. Your Drums Should Be Your Focal Point

Pete Rock is a legend. Whenever I want to hear some straight up Hip Hop with a side order of laid back vibes, his beats are a must. But why? Why do his beats sound so good? The drums, my friend, the drums. Even his brother Grap Luva knows first hand that Pete's drums are what make him stand out from the rest.

The way that I usually construct my beats are with the drums first. There have been plenty of times where the sample came first, but more often than not it's the drums. The reason why is because when it comes to Hip Hop beats, the drums are what make or break it.

I have heard plenty of beats that had a wicked sample, it was put together very well, and the mix was spot on - but the drums were lacking. I would hear drums that were very boring, dull, or just too low in the mix and it immediately turned the beat from hot to a hot mess.

Some producers struggle with the bassline or the mix, but for drums you can't be struggling. They have to be spot on, and to do that you need to make it your priority. This means you need to spend a lot of time on the drum track alone before you start messing with the other instruments and samples.

But before you can work on your drums, you must first find some dope drum sounds. This can be done either through digging for vinyl, browsing old songs on YouTube, or using a drum kit that you bought. Once you find some nice sounding drums, the next step is to create your own drum kit so you can use it later on for another beat. (You can use the same drum kit on different beats, you just need to learn to filter and EQ your drums.)

If your drums are banging, your whole beat will be too.

5. Filtering Is Your Friend

One of my favorite tools to use when making beats, is using filters. There are so many ways you can use them, from filtering out a bassline, or making the low end thicker, or even creating a transition from one section to another.

Most of the time it's high pass or low pass filters that work wonders for me, but there are others like EQ filters, saturation, and many others. The great thing too is that you can use filters on anything. Sometimes I'll use them on my drums to give it a dirty and gritty sound, and other times I'm trying to create a bassline by applying a low pass filter to the melody.

However, probably the best thing about using filters on your sounds is that it's fun. There have been plenty of times where I was just adding random filters to a certain sound and something would just stand out and sound super dope, then I would end up building my beat around this new "sound".

So if you're struggling to find a way to spice up your sounds, check out some filters and see what you can come up with. You might be surprised.

Battle Points: 11
reading this just got me hyped to work harder!

Battle Points: 27
Love it!
You must log in or register to reply here.