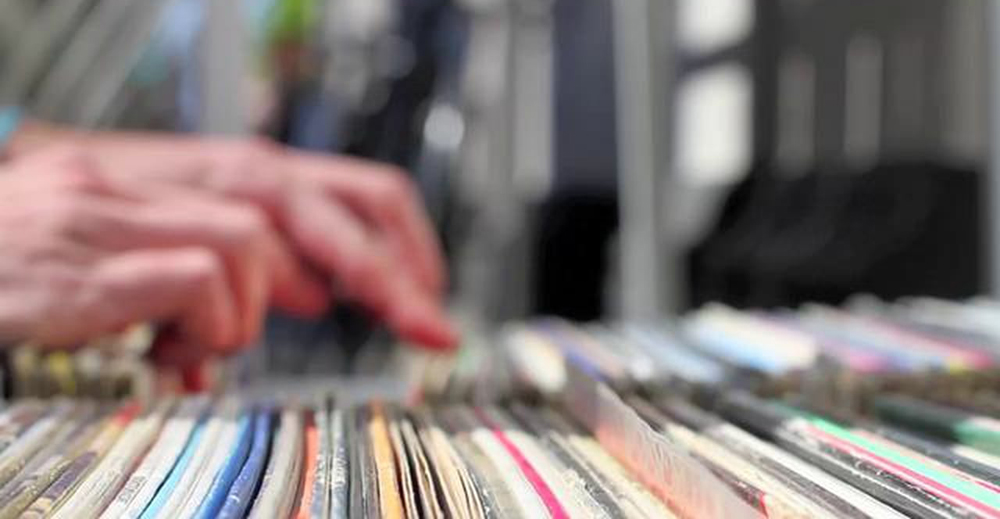 Hip Hop producers are known for sampling all the time, and most of the time, the same samples pop up here and there. Countless times I've heard beats that either contained or were based on a sample that I've heard before.

Some producers even find a way to use a sample in the same way that another producer has, and I don't know why. Sampling is something that should be fun, challenging, and it should force you to be different than everyone else. So why is it that some producers use the same famous samples over and over again?

The Godfather of Soul has had his music sampled many, many times over. Just the "Funky Drummer" drum break alone is responsible for countless Hip Hop hits, and that's because, well, it's just so fucking dope!

Take for example, Public Enemy. The Bomb Squad used to sample all over the place, grabbing whatever pieces of sound they could and stack them in order to form something completely different. With their famous track, "Fight The Power", they used the "Funky Drummer" break and back then I didn't even know it! But then again, I was just teen that didn't know anything about beats, but here's proof they used that break:


Notice how it doesn't really sound like the original version from James Brown? They tweaked it enough so that you can tell, but you can't. It's a really clever way how they did it, which was classic Bomb Squad.


Ever since PE's use of "Funky Drummer", there's been countless others who have used that exact same drum break, and with much success. I know the break is really dope, but should you use it?

One thing I always do when I make beats, is to be different. It's not that I'm necessarily trying to stand out from the rest, it's just what I do. So when it's time for me to dig through some records and find a sample to chop up into a billion pieces, I don't go for James Brown, Motown, or anything similar to that. In fact, I've never used any samples from the previously mentioned. I always look at other genres, like 80's Pop, Rock, Classical, or Old School Rap.

Digging into the same tried and true samples that every other producer has used is a winning formula for sure, but it doesn't mean that you should do it.

If you were to take the Skull Snaps "It's A New Day" drum break, loop it, and then add something simple on top like piano or even just a smooth bassline, you would have a really dope beat. Take a listen to this drum break and tell me I'm wrong:

Skull Snaps "It's A New Day"


That drum break as well has been sampled many times before because it's just that good, but should you sample it?

As I mentioned, I tend to look for different genres that others don't necessarily sample from. Jazz is one of the most widely sampled genres when it comes to Hip Hop and that's because there's just so much goodness in there. You have horns galore, upright bass, and straight up loops that are just ripe for the picking - but Jazz has been sampled to death.

I remember a local Hip Hop group just a few years ago that had nothing but beats based on Jazz samples. I don't remember their name off hand, but I do remember that their music was just bland. It's not that they were wack, it's just that they sounded like everyone else, but not really. The reason why I was thinking that was because they just sampled Jazz records, so their sound came off sounding like it's been done before - and it has.

Jazz, as well as Funk have been staples when it comes to Hip Hop production, and obviously it's because there's just so many good samples. But now it's time for everyone to move on and start sampling something else. You can still sample those genres, or even sample Skull Snaps and James Brown - but at least try to flip it in a way that no one else has done before - like what the Bomb Squad did to the "Funky Drummer" break back in the day.

There's plenty of genres besides what you're using right now, and that's where digging comes into play. There's no need to go straight to the Jazz and Funk sections, so next time why not take a look at Country? There must be a Kenny Rogers sample out there waiting to be found.

Kenny Rogers "Through The Years"

Moderator
*** ill o.g. ***
When you discriminate with samples you only limit yourself, good article!

Battle Points: 25
beat this!
krautrock changed my life yo

Battle Points: 92
aotb
beat it up!
This article is a good one..
Need Boombap Beats?? Come check them out here: Klypse Music
You must log in or register to reply here.