Production 5 Reasons Why You Should Never Make Beats

Making beats seems to be very popular nowadays and with good reason. There are plenty of beat makers out there that are looking to make that next big hit that could possibly land them lucrative work amongst some of the top Hip Hop artists on the planet. The problem is that you should not make beats. Ever. This is why.

Take it from me - having bad posture leads to shoulder problems and neck pain. So making beats sucks! How many times have you hunched over your MPC, Maschine, or workstation and suffered a stiff neck in the process? Ha! I knew it. This is why it's very important to keep your posture straight when making beats but that's pretty much impossible when we're all trying to bang out beats daily. Why do these companies make products with screens that don't tilt upwards? Why do we have to sit in front of a computer for an entire session in order to get that right mix?

In the old days, it was pretty much the complete opposite and that's why you never heard of beat makers with bad posture or neck strain. Those guys would make beats like crazy and the only problems they had were lugging around massive gear like an SP-1200 or an ASR-10!

It's Bad For Your Eyes

This goes hand in hand with neck strain and bad posture. Sitting at the computer all day will make you go blind eventually and this sucks because today we all need to mix, right? Plus when you're making a beat on a controller like any of the Maschine or MPC line-up, you're definitely bound to end up squinting at a little tiny screen. All of this so you can slice and dice your sample, fine tune a waveform, or even to make simple adjustments.

Yes. All that banging on the pads or keys can and will damage your precious little finger bones. Don't believe me? Studies show* that 1 in 5 beat makers will eventually break a finger or suffer some sort of finger burn and possibly finger death. I've actually seen this happen first hand where this one guy was in the studio and he was hitting his MPC pads so hard that the tip of his index finger literally flew off and landed on the engineer's lunch. True story.

To prevent this from happening, my advice is to not get into your music that much. It's okay to "feel the vibe" or get all amped up when banging away at the pads, but too much strain and you'll soon be using your knuckles to hit the pads, and that's a whole other story.

It's A Waste Of Time

You remember when your parents or anyone else would tell you to stop making beats and get a real job? They were right all along. Making beats can be rewarding but that's if you have nothing else to do all day. If you're working a full time job, nobody in their right mind has any time at all to make beats, it's a known fact. This has led me to believe that 95% of beat makers out there are unemployed.

Even when you're making beats, unemployed or not, it's a waste of time. You could be spending your time wisely instead, like going outside, riding your bike, or having a picnic with your friend.

It is. Gear costs a lot so that's why a lot of guys that make beats end up using software that they downloaded illegally. In turn, their beats sound like shit because all they're using is software, and that leads to shitty rappers buying shitty beats, which means that consumers are buying shitty music that they think is awesome.

Buying gear is costly so that's why it's important to have enough money to do so, but it's kind of hard to since like I mentioned above, 95% of beat makers are unemployed. Even if they did have a job, it's a waste of time.

*No studies were actually done.

**Note: This article was meant as a joke. If you didn't laugh then punch yourself in the face.

*** ill o.g. ***
Battle Points: 304
bthis!
aotb!
bthat!
Consider my face punched.
"Producer, beatmaker. Whatever you call it. Music is the product. Titles are irrelevant." - Sucio
The "death" of hip-hop coincides with the success of hip-hop. - Sucio

Fade said:
I've actually seen this happen first hand where this one guy was in the studio and he was hitting his MPC pads so hard that the tip of his index finger literally flew off and landed on the engineer's lunch. True story.
Click to expand...

Agree with everything! Check these out though, when you're staring at a computer for hours on end, the screen emits a blue light which is why your eyes feel strained. These take care of that problem by blocking out the blue light. 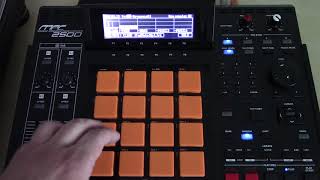