Production Stick With What You Know And Make Better Beats

I'm always on a never-ending quest to make the perfect beat, and I think deep down you are too. With all of the studio hardware and software to choose from, it can often be overwhelming to figure out what to use and what is best for your particular setup.

This is why it's important to not worry about all of that and instead just stick with what you know - and you will make better beats.

Buying The Latest And Greatest

It's a no-brainer that you don't need to have the best of the best in order to make some amazing music. Don't believe me? Just take a look at some of the most classic Hip Hop albums ever, and see how they were made. SP1200, MPC60, Casio keyboards, and the list goes on. These were just some of the many hardware pieces that various Hip Hop producers were using back in the day to concoct their dopest creations.

The problem with the market today is that there's simply just too much to choose from. I know it's very tempting to want to buy the latest version of this or that, but it's exactly the opposite of what you should be doing.

A few months ago when I saw that Native Instruments was coming out with a new version of Maschine (Maschine Studio), I freaked out and I immediately thought to myself, "I have to have this NOW". Of course, once the excitement wore off, I realized that I don't NEED it. I wanted it - big difference. I could have ordered Maschine Studio right away and added it to my setup, but I already have the Maschine MK1 and I simply love it, so why should I replace it?

When I first decided to buy Maschine, I first went and looked at as many YouTube videos I could find and just learn about this thing inside and out. Then when I finally bought it, I didn't even make a beat for the first two weeks! Instead, I took that time to just try everything out and learn it like my life depended on it. Guess what? When I first sat down to make a beat, it was so straightforward, since I had mastered the gear (in my own way).

Focus On One Thing

I remember when Afriquedeluxe, who was on here at IllMuzik years ago, first joined up and entered the Beat This! Competition. He was only 14 or 15 at the time, but he was coming out with really dope beats, and actually winning a bunch of them. Everyone thought he had all sorts of gear in his crib, but that couldn't be farther from the truth because all he had was an old computer and an old version of some old software.

When I first found out that he was only using an old computer, I couldn't believe it. But then as he explained his setup, he made me realize that nobody needs tons of studio gear to get the job done. I've seen videos of producers with tons of hardware, all tied into Pro Tools, and many of them even have old gear just lying around as some sort of nostalgic thing they have going on.

If you instead were to focus on just one or a few items, and use those as the main part of your studio, you will spend more time making beats, and less time maintaining your equipment!

I once knew a guy that had a decent amount of gear in his lab, but the problem was that he was a computer lover, so he focused a lot on that - which is great. Even though he mainly used Propellerhead's Reason to make music, he still didn't really make a lot of music. Why? Because he would always spend a lot of time tweaking his computer "to make it run faster", or "to speed up my RAM". As a result, he never got anything done, and his music suffered for it.

If you want to make better beats, your best bet is to stick with one or just a few items in your studio, AND MASTER THEM. Take the time to learn the ins and outs of your setup so that you can then focus solely on making beats - and your beats will be much better.

Battle Points: 3
Absolutely the truth. I use to make beats for a local studio when I was about 17-19. All the artist and other producers would ask my about my setup and wonder what I used. All I had at the time was a little laptop. No midi controller, no expensive gear what so ever. Not even a single VST or external plugin, just stock sounds that I would tweak and effect on Fruity loops that I spent a few years playing with. This was before youtube so it was very difficult to get the sounds I wanted but I put in a crazy amount of time back then so I learned a lot during that time. One of my buddies, a local rapper who recorded there, told me how he invested $15,000 into his home studio but he couldn't make a good beat to save his life.
It really isn't the tools we use, it's how we use them. I stopped making beats ten years ago to play instruments and learn theory. Got back to the beats last summer and I am trying to remember that rule as I progress each day. I'm an adult now so I can afford the things I always wanted in my home setup, but do I really need them? Definitely not.
Thanks for the reminder!

Battle Points: 30
biu!
I had the exact same thing a few days ago.

I bought NI Komplete Ultimate 10 back in 2016 (or 2015 can't remember), it came with 5 virtual piano libraries (the Grandeur, the Gentleman, the Maverick, the Giant and Alicia's Keys) plus like a few dozen from the factory bundle. I fell in love with the pianos and made alot of music with them. Then a few days ago I saw and add for the piano called 'Una Corda' for 150 euros (actually 50% off right now so 75). I instantly clicked the add to get to know more about it. I got so indulged in the videos with beautiful audio examples and I was like "I WANT THIS SO BAD!".

Then I stood still for a moment and thought about how many darn vst pianos I already own. So I looked up the video for the Grandeur, and it was exactly like the one for the Una Corda, beautful music example. I then realized how many beatiful pieces I can create with the ones I already have (and how easily I can be seduced by virtual pianos).

Someone once asked me "At some point in time, one day, all the music that can possibly be made will be made right? There will be nothing left to make".
I answered his the question the best I could at that time. I said something like "The moment you shift just a few notes around, or move a few nobs, speed it up a bit etc., you"ll have a completely different piece. A musical production is a unique combination of melody, rythm, flow and sounds etc. And although some might hear a-like, they'll always differ, even if it's just for the slightest bit. And thus in my eyes, there's basically an infinity of possibilities you can explore everytime you dulge into the wonder that is making music. The way I also tend to look at it, is that those things, those combinations if you like, already exist, you just find them. That is your journey in music.

Yes more software = more music you can make. But there is so much music you already can make with what you have, it's not always that easy to find though. And that's where creativity also plays a big role, something you can see in ILL's Beat This battles. Being able to make something with the resources you have.
“Where words fail, music speaks.” ― Hans Christian Andersen
You must log in or register to reply here. 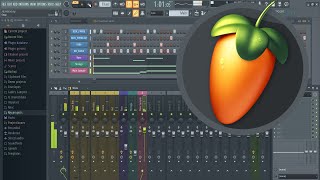