Production When Your Beat Doesn't Go as Planned 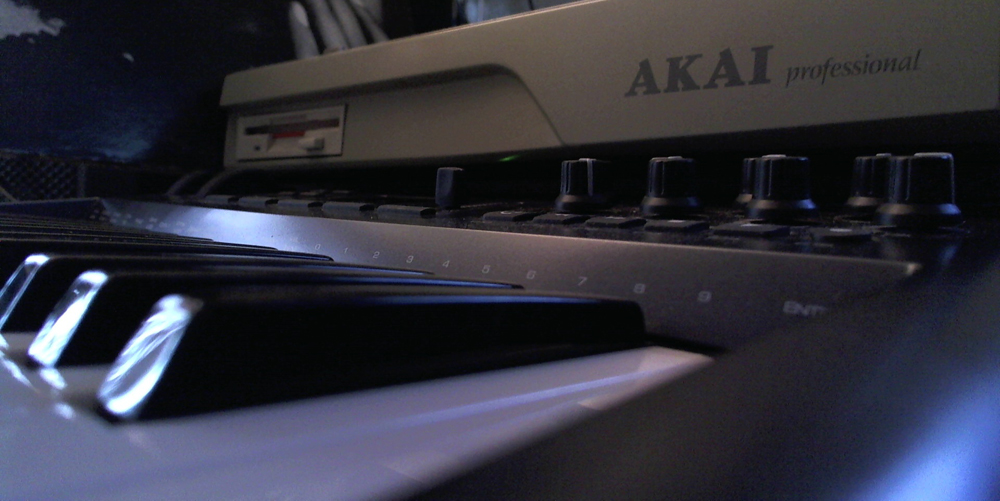 I've often preached that you should make beats that just come naturally. Everyone has their own way of making beats and their own style, but there are also plenty of producers that make particular styles of beats because that's what's "hot".

I'm not a fan of doing that, but I understand.

So I set out to do an experiment and see if I could make certain styles of beats.

In the end, I failed. But I also succeeded.

I Tried to Make a Hard and Crazy Beat

I wondered what would happen if I sat down to make a really hype beat, something along the lines of early Onyx. Their beats were insane and super gutter, so I thought I should give that a try.

I started off with a really dark 1-bar bassline loop, so I thought to myself, "I like where this is going". 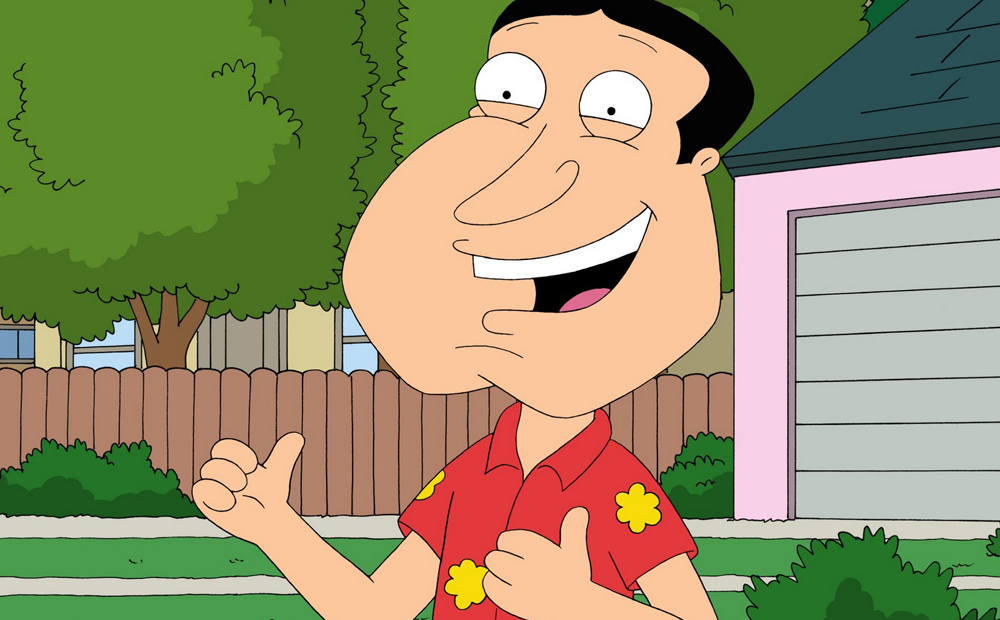 I then added some drums. Great - now I had the backbone for a really hard and gutter beat.

The problem was that I didn't know where to go from here. From my experience, I tend to always get "musical" and play nice melodies or sample some lush sounds. That's just what I do!

In the end, I came up with this:


Now, the beat turned out great but it's the piano that turned this beat into something silky smooth, instead of something that would make you want to punch a small child and attack a SWAT team.

Where did I go wrong?

It's Just What I Do!

I've always figured this, but the bottom line for me (and I'm sure many others) is that I just make beats. That's it. You could give me a bunch of really gutter sounds to make a beat and I would somehow make it smooth, or at least it would have a decent melody to it.

The fact is that I'm just wired that way.

The problem with this is it's both a blessing and a curse because it's great that I make beats naturally like that, but it's also bad because what do I do if someone wants a different sounding beat from me?

For example, I don't make Trap beats. Plenty of people do, some because they're going for that money, others because they like making Trap. But if someone wanted a Trap beat from me, I can't do it.

So where does that leave people like me? Am I stuck making the smooth beats that I always do? Or is there a way for me to somehow change it up?

I once heard DJ Premier say he could easily make Trap beats if he chose to, but that's just not his style, and it's not what his fans expect from him.

I understand what he's saying, but I don't really think he could make Trap beats even if he tried. This is because he's been doing the Boom Bap style of beats for decades, and he has a very particular style, so I doubt he could pull it off. He might come close, but he would have to really change up his approach to beat making.

I think anyone can make any type of beat, but it also comes down to how you're wired. For me, I know what style of beat I'm going to end up with each time, and that's great, but can I make something like Trap if I had a Trap sound kit to work with?

Yeah I could, but it wouldn't be the traditional-sounding Trap everyone is used to. It would probably be smooth Trap or a new style.

We all have different styles and different ways of making beats. There are some of us that lean more towards one style over the other, but that could also come down to what type of music we listen to, or how we first got into beat making in the first place.

My advice? Do whatever comes naturally. If you want to make whatever style of beat is popular today, go for it, but I guarantee that you will always throw your own flavor over it.

In the end, we have to remember that music is a form of expression!

Battle Points: 260
warzone
aotb
beat it up!
and that's why I'm gonna put up my most natural sounding beat on the upcoming Beat This! battle. I have always tried to conform in some way that I thought would be appealing to other people (contestants - voters) but I have decided not to anymore. You're gonna hear the most authentic 'oninkaf' sound that you probably haven't had a chance to listen to till now.
@Fade awesome beat by the way and I must say I can understand you completely

Administrator
*** ill o.g. ***
Battle Points: 1
@oninkaf Thanks for the feedback!

Yeah that's the thing that's really lacking today is that people need to just make whatever. Create. Innovate. There's been some guys on here in the past that made super weird beats but you know what? It's all good. I just wish more people would express themselves instead of conforming, like you said.
Check out DOPE SAMPLE PACKS! http://bit.ly/2M5uCiv
5 Reasons Why You Should Totally Make Beats! http://bit.ly/2VKQYcS
Beat Making Tutorial: Learn How To Sample http://bit.ly/35wmpMk

*** ill o.g. ***
Battle Points: 7
i'm the same way. i can't make what's hot today. no matter how hard i try, it always comes out the same way. so i just do me and let it breathe
www.soundcloud.com/wrightboy
wrightboymusic.bandcamp.com

Battle Points: 63
beat this!
I can never keep up with the "trend" or what's hot on the market now, although that process does knock a lot of clients off of my radar. I agree that doing what comes naturally is a better fit!
Terrence "Esquire" Huggins
Producer, Esquire Productions LLC.
http://esquireproductions.beatstars.com

Battle Points: 97
beat this!
beat it up!
Here the same.When i try to make a trap beat it always ends up with a beat nearly to boom bap.
But thats fine because peeople like us keeping hiphop colorful and multi-faceted.

It turned out that I have found my own style. It is a mixture of boom bap and spherical music.

As my previous speaker said, it is about expressing yourself. Artists go to trap producers because they know what they get. If another artist wants boom bap, then he goes to a producer who specifically makes boombap.Not always, but often it is so.

Battle Points: 9
aotb
I was just thinking about this. I cant seem to do anything that doesn't come naturally and im wondering of that's why my music is well..... different and no one really knows what to think of it. Even me. But i used to draw alot and the best art advice i got was. You are your worst critic. I needed to be reminded that music is a form of SELF expression. Thanks Fade! Also check out this weird shit im throwing up in the beats section Serum 3

Frontman Willy said:
I needed to be reminded that music is a form of SELF expression
Click to expand...

That's exactly my point! There's the whole money vs. art scenario, which I completely understand but I just find it difficult to create something that doesn't come naturally to me. Now I know I'm not alone.
Check out DOPE SAMPLE PACKS! http://bit.ly/2M5uCiv
5 Reasons Why You Should Totally Make Beats! http://bit.ly/2VKQYcS
Beat Making Tutorial: Learn How To Sample http://bit.ly/35wmpMk

I don't trust people that "know" what they make.
It seems counterproductive to pigeonhole yourself into a genre. All I know is that I grew up on Wu, Gang Starr, Tribe, Nas, and all that 90's, Golden Era shit, along with all sorts of oldies, classical, soul, rock & roll, metal, and anything else on the radio (yes, I used to tape music off the radio--90's kid,) so my tendency is definitely to fall into kind of boom bap/soul/groove/ melody-driven type beats.
I have tried (and suceeded,) in making hard, Jedi Mind style beats, mellow Phoniks grooves (which is kinda-sorta close to what I make,) Snowgoons symphony stuff (I love classical,) as well as anything with that's got a unique mind behind it. At the end of the day though, the music that I grew up listening to, the songs I learned to teach myself how to play instruments, and always trying to make what I wanted to hear, has led me to my style, whatever that is.
I don't honestly always like what I make, (I usually can't put my finger on it, it just isn't..."right,") even if it is quality, but if other people enjoy it, then I figure I'm doing something right.
Oh yeah; I can make decent trap beats, but I choose not to because I don't like listening to it, I don't like mumble rappers, I don't have any real connection with it, and what's the point of all this if it isn't fun? I think that beatmakers, as well as producers, tend to forget that it's supposed to be fun.
Haha, by the way Fade, I have tried making a hard beat and had it come out softer that yours. XD
I think that you just have to be in the right mood...or something.
Last edited: Oct 24, 2017

Administrator
*** ill o.g. ***
Battle Points: 1
@exact Well said. Just like you, I've evolved from 90s stuff to something else, which is good because I don't want to be labeled boom bap or whatever, I'd rather have my own style that's a bit hard to define.
Check out DOPE SAMPLE PACKS! http://bit.ly/2M5uCiv
5 Reasons Why You Should Totally Make Beats! http://bit.ly/2VKQYcS
Beat Making Tutorial: Learn How To Sample http://bit.ly/35wmpMk